During annual shareholder call, CEO Bob Chapek maintains the media giant isn’t ‘left leaning or right leaning,’ but instead stands for the universal values of respect, decency, integrity, and inclusion. 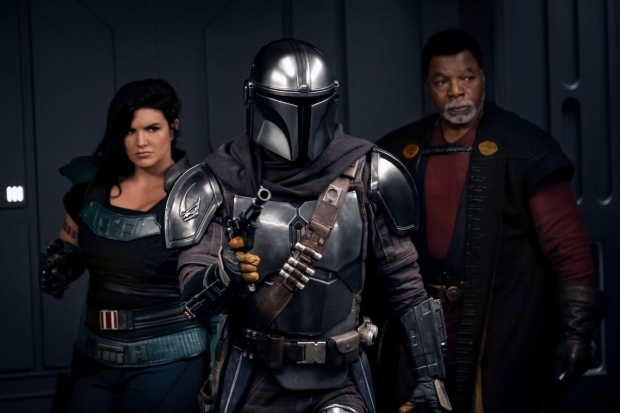 Disney CEO Bob Chapek recently responded to accusations of a company double standard during the Q&A portion of Disney’s annual shareholder meeting. One shareholder held that Gina Carano was fired due to her conservative views, rather than the offensive nature of her fateful post, noting, as others have, that left-leaning co-star Pedro Pascal also refenced Nazi Germany on social media to virtually no backlash, seemingly proving Disney’s progressive political agenda.

During the call, a shareholder asked, “It's clear that there's a new blacklist, punishing conservatives in the entertainment industry. Disney+ actors Pedro Pascal and Gina Carano tweeted similar analogies of current political events to Nazi Germany, yet only Carano, who was considered a conservative, was fired from The Mandalorian. Regarding Disney and a blacklist, this is the way?”

Without addressing the issue of an industry blacklist or mentioning Carano or anyone else directly, Chapek replied, “I don't really see Disney characterizing itself as left-leaning or right-leaning, yet instead, standing for values. Values that are universal. Values of respect, values of decency, values of integrity, and values of inclusion. And we seek to have not only how we operate, but the content that we make reflective of the rich diversity of the world that we live in. And I think that's a world that we all should live in, in harmony and peace. Thank you for your question.”

Despite this statement of inclusivity, Disney’s apparent double standard is still the source of hot, divisive debate among fans. Carano still maintains she is the victim of cancel culture, rather than being guilty of acting contrary to Disney’s “universal values.” Should Chapek have addressed Carano’s firing directly, or is it time we all just moved on with the intention of behaving in a manner, and creating entertainment, that embodies respect, decency, integrity, and inclusion?