Legendary directors Ron Clements and John Musker return to Annecy to present never-before-seen footage from their upcoming feature; from the studio behind ‘Feast’ and ‘Paperman’ Comes ‘Inner Workings,’ directed by Leo Matsuda. 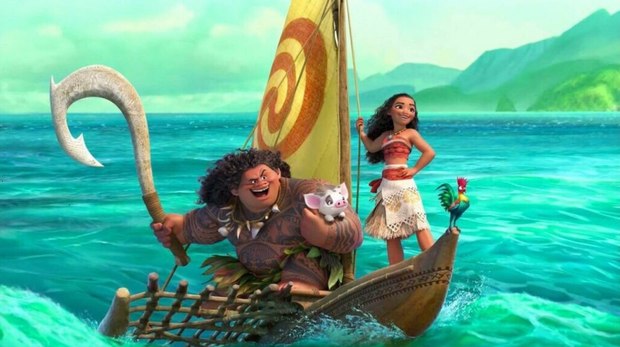 Moana is a sweeping, CG-animated feature film about an adventurous teenager who sails out on a daring mission to save her people. During her journey, Moana (voice of Auli’i Cravalho) meets the once-mighty demigod Maui (voice of Dwayne Johnson), who guides her in her quest to become a master wayfinder. Together, they sail across the open ocean on an action-packed voyage, encountering enormous monsters and impossible odds, and along the way, Moana fulfills the ancient quest of her ancestors and discovers the one thing she’s always sought: her own identity.

Clements and Musker will unveil new artwork and work-in-progress sequences from the film, and showcase the extensive research their team conducted to bring authenticity to their most ambitious production to date.

Inner Workings is the story of the internal struggle between a man’s pragmatic, logical side and his free-spirited, adventurous half. Created by a small team at Walt Disney Animation Studios in a unique, fast-paced style that blends CG and traditional hand-drawn animation, the short explores the importance of finding balance in daily life.