Disney begins production on ‘The Lion Guard,’ an animated Disney Junior TV movie and series inspired by ‘The Lion King.’ 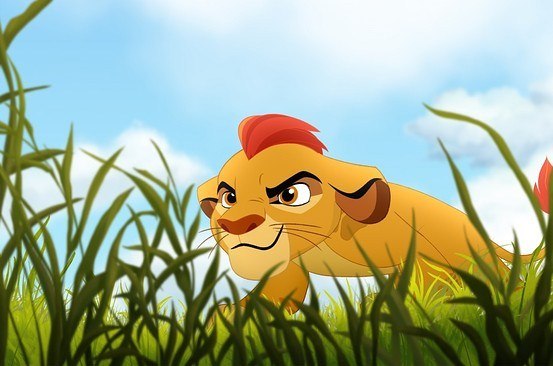 Disney Television Animation begins production on "The Lion Guard," an animated television movie and series that continues the story introduced 20 years ago in the acclaimed Disney animated film "The Lion King." Geared towards kids age 2-7 and their families, "The Lion Guard" television movie will premiere in Fall 2015, and the subsequent series will debut in early 2016 on Disney Junior and Disney Channel.

The wildlife education experts at Disney's Animal Kingdom theme park will serve as consultants on "The Lion Guard" stories, which will incorporate themes of conservation, family and community while also highlighting problem-solving, creative thinking and diversity. Author and Swahili expert Sarah Mirza is the language and cultural advisor.

Nancy Kanter, Executive Vice President, Original Programming and General Manager, Disney Junior Worldwide, said, "The story of 'The Lion King' has deeply touched families around the world since its original theatrical release 20 years ago. We look forward to introducing a whole new generation of kids to both the Disney legacy characters and to new friends and heroes."

"The Lion Guard" begins as Kion, the second-born cub of Simba and Nala, assumes the role of leader of the Lion Guard, a group of the bravest and brightest tasked with preserving the Pride Lands. Instead of assembling a team of young lions to serve with him, Kion challenges tradition by calling upon friends he believes are the best choices – Bunga, a fearless honey badger; Fuli, a confident cheetah; Beshte, a happy-go-lucky hippo; and Ono, an intellectual egret. Stories will include special appearances by Mufasa, Timon, Pumbaa, Rafiki, Zazu and Kion's older sister, Kiara, the future Queen of the Pride Lands.

Originally released in June 1994, the Academy Award-winning animated film "The Lion King" is a Disney story with long-lasting appeal and creative interpretations across multiple Disney businesses.

The lifetime global box office total for "The Lion King" is $987.4 million; its 2011 3D re-release was #1 for its first two weeks; its Grammy Award-winning soundtrack sold over 14 million units; a Tony Award-winning musical, now in its 17th year on Broadway and with 10 productions in eight languages currently running worldwide, has been seen by over 70 million people around the globe and is the highest-grossing Broadway production in history. The North American tour and the Broadway show each surpassed $1 billion in ticket sales while global ticket sales surpassed $5 billion worldwide (from 22 productions). The Lion King is one of the biggest home entertainment titles of all time, and the direct-to-video release of "Lion King 2: Simba's Pride" is one of the best-selling direct-to-video releases of all time. "The Lion King" franchise also includes 85 episodes of the Emmy Award-winning animated television series "The Lion King's Timon and Pumbaa" and popular attractions at Disney Parks and Resorts. Twenty years since the film's release, "The Lion King" also continues to resonate with millions of fans who connect with the enduring story and timeless characters through a wide range of products, including nursery décor, bedding and junior fashion.

Marking the animated film's 20th anniversary, a special edition of the soundtrack exploring the stories behind the songs will be released June 24as part of Walt Disney Records' Legacy Collection. An electronic dance music version of "Circle of Life," by music producer/composer/DJ Mat Zo, is on the recently released DCONSTRUCTED, a collection of EDM remixes of classic Disney songs.