Disney and Pixar Hit with New ‘Inside Out’ Copyright Infringement Lawsuit 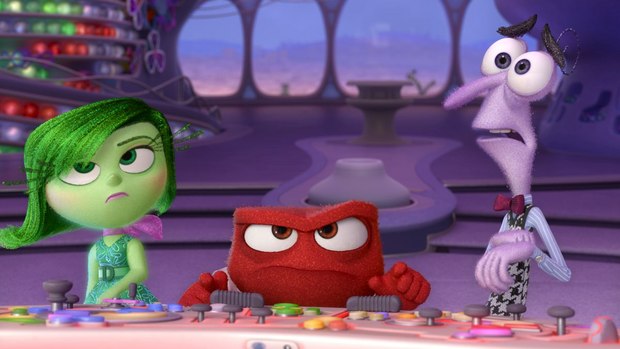 Canadian creative director and Sheridan College alum Damon Pourshian has filed a federal lawsuit claiming Disney/Pixar’s 2015 smash hit, Inside Out, infringes on his copyright to the short film of the same name he wrote and produced as a student in 2000. The suit, filed Monday in U.S. District Court for the Northern District of California, cites numerous “striking similarities” between the two films, as well as “many connections” between the school and studios, specifically a number of students studying at the time the short was screened who worked as animators or in other roles on the animated feature.

The 20-page lawsuit details more than two-dozen substantial similarities in content, theme and characters between the two films, many illustrated with comparative images. The complaint notes that, “The obvious and striking similarities between Mr. Pourshian’s and Disney/Pixar’s Inside Out extend from overarching themes to specific details, and they are far too numerous to be attributable to chance.”

It goes on to claim that upon the feature’s release, Pourshian received “unsolicited calls from old Sheridan classmates who were aware of Mr. Pourshian’s Inside Out and immediately saw the striking similarities between the two works.” It also notes that in addition to former classmates who were credited on the feature, Sheridan faculty have collaborated with Disney/Pixar and that, “On information and belief, around the time of the screenings of Mr. Pourshian’s Inside Out, Disney and Pixar were recruiting on campus.”

Pourshian originally wrote a script titled Inside Out in a fall, 1999 Sheridan screenwriting class, based on an idea he had while in high school. The next semester, his television production class chose to produce the script as a short, which went on to win the first-year People’s Choice award at Sheridan’s Media Arts Award Show in April 2000.

The suit seeks unspecified damages as well as Pourshian’s name being added to the feature film’s credits.

A 2017 copyright infringement lawsuit brought against Inside Out last year by child development expert Denise Daniels was dismissed last month by U.S. District Judge Philip Gutierrez. In her suit, Daniels claimed the film bore a striking resemblance to a TV project, The Moodsters, she’d developed and pitched numerous times to Disney executives between 2006 and 2009.