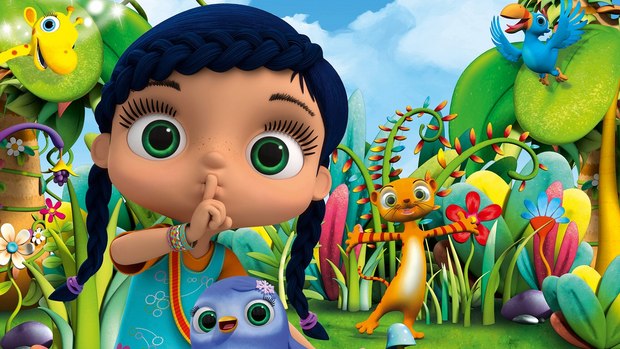 “We are extremely happy about closing this deal with Discovery Networks and covering the important Latin American market, not only because we believe that Wissper will be more than well received there, but also because the broadcast will provide an important basis for developing a strong licensing program in Latin America as well”, commented Jo Daris, Head of Operations at m4e AG.

“Wissper is a series that fits perfectly with the production values and high quality standards Discovery Kids is known for in Latin America and instills in young children the importance of caring for animals and the love of nature,” adds Flavio Medeiros, Director of Program Sourcing and Acquisitions for Discovery Kids. “We are happy to have Wissper as part of our programming lineup.”

Aimed at preschool children, Wissper follows the adventures of a little girl by the same name who has a very special talent, she is able to communicate with animals, which allows her to understand their problems and help solve them. Wissper the “animal whisperer,” is a beloved character for young viewers all around the world.

“Wissper was created with a universal theme, that children all over the world want to interact with and communicate with animals,” said Absolutely Cuckoo co-founder Dan Good. “Seeing our own daughter relate to animals inspired us to create Wissper, the animal whisperer. We hope the viewers of Discovery Kids Latam will enjoy the adventures of Wissper as much as we enjoyed dreaming them up.”