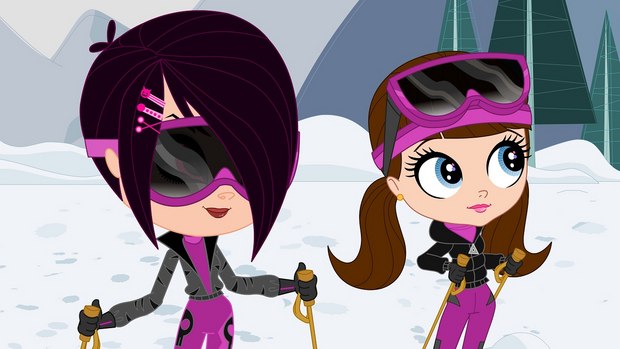 In the special, entitled “Winter Wonder Wha…?,” the Biskit twins learn they must do something charitable or forget receiving any presents themselves. Blythe and Zoe become the unwitting charity cases when they’re accidentally whisked away for one crazy weekend at the Biskits’ winter chateau. Meanwhile, back at the Littlest Pet Shop, the pets must do their best to cheer up a visiting penguin named Parker that is terribly homesick.

The Littlest Pet Shop holiday special ushers in the animated series’ third season, which features 26 new episodes and culminates in a special two-part finale starring Heidi Klum as the voice of Heidi the Beagle.

Available in nearly 70 million U.S. homes, Discovery Family is a joint venture of Discovery Communications and Hasbro. Since its debut in October 2014, Discovery Family has grown its viewership by double digits in daytime, attracting children and their parents to Hasbro Studio’s popular animation programming, including My Little Pony, Littlest Pest Shop and Transformers Rescue Bots.