Live-action production company UNHEARD/OF joined forces with the director and post specialists World Famous to craft the video for ‘Line of Sight,’ the latest single from the renowned electronic duo. 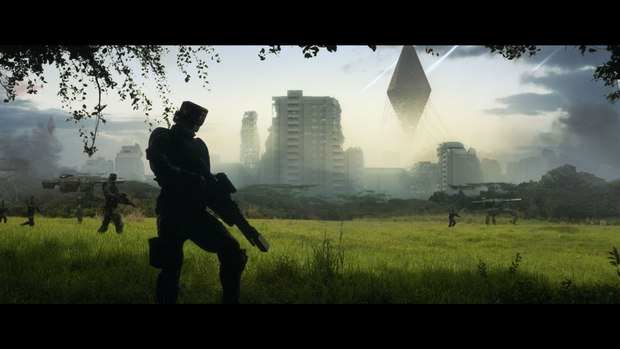 Live-action production company UNHEARD/OF and director Dan Brown have joined forces with VFX specialists World Famous to craft a stirring new music video for “Line of Sight,” the latest single from electronic duo, ODESZA. With vivid sci-fi elements amidst a tropical paradise, the “Line of Sight” film seamlessly aligns with ODESZA’s infectious electro-pop tune with the story of an unlikely bond between a boy and a robot.

According to Brown, the young protagonist’s ingenuity and sense of survival in the isolated sanctuaries provides an ideal foundation for the video’s narrative: “The track is so big and open it just felt like it was tailor made for putting a story under it,” he says. “I focused on trying to convey something that was serious with a little melancholy but would ultimately be about hope and the human spirit to adapt and survive.”

Shot over the course of three days on the Hawaiian island of Kauai, “Line Of Sight” marks the second collaboration between Brown and ODESZA, following the “It’s Only” music video. “We were really blown away by Dan’s work for ‘It’s Only’ a few years ago,” said Clay Knight of ODESZA. “When it came time to finding a director for ‘Line of Sight’ we wanted someone who could represent the subtle sadness of the track yet pair it with feelings of hope and wonder.”

Brown added, “They are great collaborators. They have strong ideas and really get behind the ideas they like, so they’re great to have on your side. It’s always better to have that level of passion on the other end.”

The post-production process to create the sci-fi components and characters presented its own set of challenges: “Along with the challenges you’d expect from shooting in the Hawaiian tropical rainforest with a small crew, the VFX required a complex, multidisciplinary approach and a whole lot of planning,” World Famous Head of Production Casey Steele recalled. “Still, all challenges were handled by a robust and talented post team and, thankfully, we had the resources at the ready to really play and explore the art of it all.”

The resulting music video serves as a testament to the solid, longstanding working relationship between the UNHEARD/OF director and World Famous. “It was a divide and conquer approach with everyone wearing a plethora of hats,” added UNHEARD/OF Executive Producer Matt Ackerman. “Like most visual effects projects, there is always more to do and never enough time, but the team did amazing work within the timeframe.”

“Line Of Sight” is the latest alluring addition to Dan Brown’s impressive filmography, following his high-profile Super Bowl spot for Wendy’s -- marking the fast-food giant’s first Big Game entry -- as well as his intense, provocative and surrealistic short film “Color TV, No Vacancy,” which earned raves from Vice/Creators Project among several other outlets.