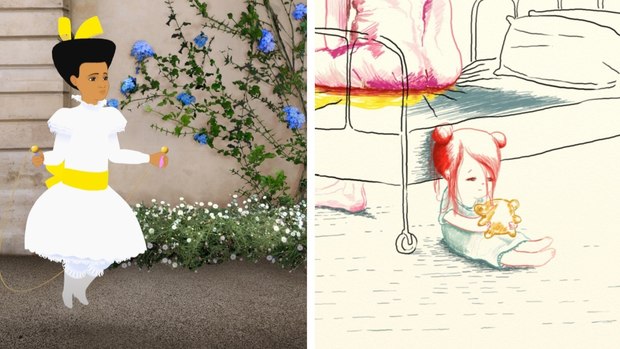 The winners were revealed at a gala ceremony on February 22 at the Salle Pleyel in Paris hosted by honorary Academy president Kristin Scott Thomas. The event also paid tribute to honorary César awardee Robert Redford.

Produced by Nord-Ouest Films, Studio O and Mars Films, Dilili in Paris places 2D characters in photorealistic 3D backgrounds. The film is set in Belle Époque Paris at the cusp of the twentieth century, and follows a young Kanak girl from the southwest Pacific islands named Dilili as she tries to unravel the mystery behind kidnappings of young girls. Accompanied by a very well-connected young scooter deliveryman, she meets extraordinary men and women who give her clues and discovers an underground organization of very particular villains, which the two friends defeat with enthusiasm and endless amounts of charm. Samuel Goldwyn Films acquired U.S. rights to Dilili in Paris earlier in February, with a 2019 theatrical release in the works.

The Turkish/French co-production -- comprising more than 13,000 hand-drawn frames -- brings empathy and care to cases of horrific sexual abuse and their aftermath. The short, which was produced by Les Valseurs and Gao Shan Pictures, provides a moving portrait of S., an eight-year-old  girl with an overflowing imagination who is keen on nature and animals. While she is looking back on the good old days in her grandparent’s village, dark and terrifying memories emerge and, little by little, begin to make sense.

The full list of nominees and winners for the 44th César Awards can be viewed online here.