First unveiled at FMX 2015 by Chaos Group’s Christopher Nichols, Digital Emily 2 is now available to everyone as a free download for any non-commercial use. 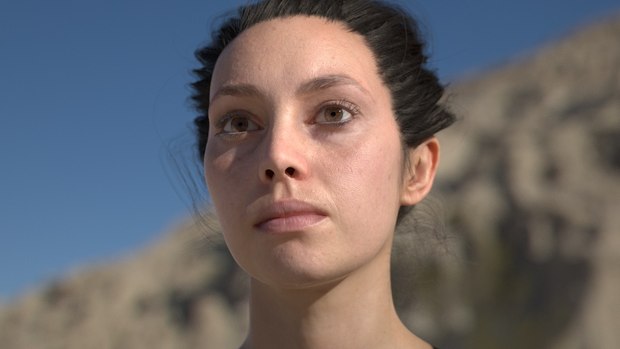 The Digital Human League’s Wikihuman project has been working hard to cross the Uncanny Valley, with the promise that any movement made by the group will be shared the entire CG community.

A collaborative, open source project to advance the study of digital humans, the DHL was formed in October 2014 by Chaos Group creative director Christopher Nichols and Paul Debevec, chief visual officer at USC’s Institute for Creative Technologies (ICT). Other DHL members include additional participants from ICT; VFX artists including Academy Award winner Steve Preeg (The Curious Case of Benjamin Button); and researcher Angela Tinwell, author of the book “The Uncanny Valley in Games and Animation.”

Today, the Wikihuman project has released the first batch of data for Digital Emily 2, a CG human representation first unveiled by Nichols at FMX 2015. Seven years after the original Digital Emily was created, Digital Emily 2 was brought to life using new digital scans of actress Emily O’Brien taken at much higher resolution and fidelity.

The download is free for everyone for non-commercial use only, and includes the model (in Alembic format), the textures (in EXR format), and the shader (in OSL format). Also included is a Maya scene with the shaders set up in V-Ray. To make it clear to users how the shader was built, it has been broken out into individual nodes so that it can be reconstructed in any rendering engine.

At this point only the head and skin data are being provided; eyes and hair data will be provided as the Wikihuman project arrives at a version that is ready to share. Full data can be downloaded at the ICT website. As the data continues to be refined, updates will be posted to the Wikihuman and ICT websites, as well as the Chaos Group Labs Twitter feed.