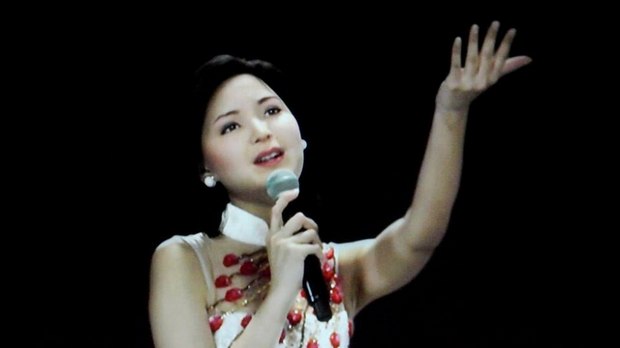 Teng, who passed away in 1995, is generally considered to be one of the all-time greatest Asian singing stars with generations of adoring fans. Building on the overwhelming success of the virtual performance in Jay Chou’s 2013 Taiwan and Hong Kong concerts, this partnership with the industry leading artists at Digital Domain 3.0 and the legacy of Teng looks to break new ground in the world of virtual performances.

“It is truly and honor for us to preserve and promote the legacy of Miss Teng,” said Digital Domain 3.0 and Digital Domain Holdings Limited CEO Daniel Seah. “The dedicated team at Digital Domain 3.0 worked closely with her foundation to bring her personality and spirit to her performances in 2013.   We look to continue that close partnership and find ways for her enduring fans, as well as a whole new generation, to experience her talent for many years to come.”

In 2012, a stunned audience at the Coachella Valley Music Festival witnessed the first-of-its-kind 3D holographic performance when the legendary artist Tupac Shakur took the stage with rap star Dr. Dre. The artists at Digital Domain 3.0 combined 3D holographic projection technology with their virtual human rendering that was so lifelike some refused to believe he wasn’t actually there.

The show quickly became news around the world and caught the eye of pop sensation Jay Chou. Joining up with Digital Domain 3.0 and with the blessing of the Teresa Teng Foundation, the audience for Chou’s “Opus Jay 2013 World Tour” show in Taipei were treated to a surprise three song set from Teng. With additional shows in Hong Kong, the pop star’s virtual performance was seen by over 100,000 people and firmly demonstrated the huge appeal of this kind of performance. It was a touching tribute to her enduring talent and popularity, bringing joy to her longtime fans and introducing her to a new generation.