Thirty-year VFX industry veteran formerly worked at Rhythm & Hues, where he served as head of digital production for the past 10 years. 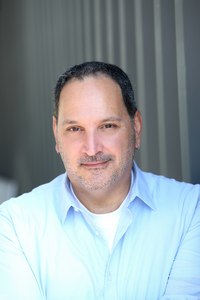 PLAYA VISTA, CA -- Academy Award winning studio Digital Domain has announced that Ken Roupenian has joined its ranks in the position of Vice President, Digital Studio.  As the studio continues to evolve and expand its business worldwide, Roupenian brings to the group his incredible expertise in strategic planning and artistic management for digital production. In his role as vice president of Digital Studio, he will be responsible for the company’s creative teams globally, and will report to Digital Domain executive vice president/general manager Erika Burton.

“Having had the privilege of previously working with Ken, I'm delighted to partner with him again,” Burton said.  “We will truly benefit from his passion and decades of experience overseeing international creative teams now that he's a part of the Digital Domain family.”

“It is truly an honor to become part of the talented team here at Digital Domain,” Roupenian added. “I look forward to doing my part to build upon their great legacy, helping them to continue challenging themselves, innovating, and breaking new ground.”

A 30-year industry veteran, Roupenian began his entertainment career at Sony Pictures Entertainment, before joining Rhythm & Hues in 1993. During his 21-year tenure at Rhythm & Hues, Roupenian advanced through a number of producing and managerial positions before spending his final ten years there heading up Digital Production. In this capacity he spearheaded growing their team from approximately 400 to more than 1,500 staffers worldwide, and was instrumental in overall talent management as well as recruiting and training.