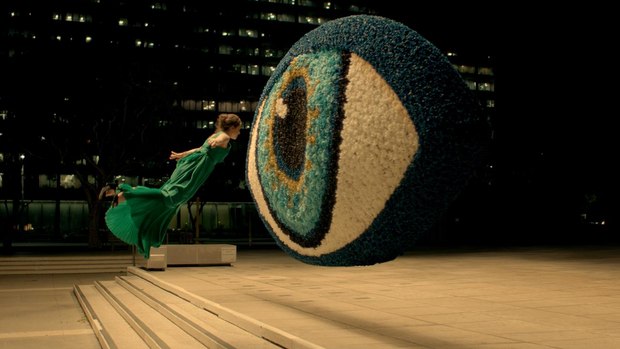 The short film, shot by cinematographer Hoyte van Hoytema, starts out with Margaret inattentively sitting at a fancy dinner event. She exits the stuffy room and enters into the mirrored halls of L.A.’s Dorothy Chandler Pavilion. Qualley’s charismatic dancing takes over as she springs through the halls in a full-body frenzy, showing off her best high kicks and back flips, as well as an astounding ability to shoot laser beams from her fingertips.

As well as working closely with the art department and a handful of other seamless-looking shots that appear throughout the short, Digital Domain created the laser beams and ensuing wreckage they cause, and helped Qualley fly through an exploding eye made from flower petals.

“It’s always great collaborating with Spike, and assisting him to achieve the vision of his storytelling,” Croshaw said about the project. “The infinity mirror shot was probably the hardest paint/environment shot I’ve seen in a long time.”