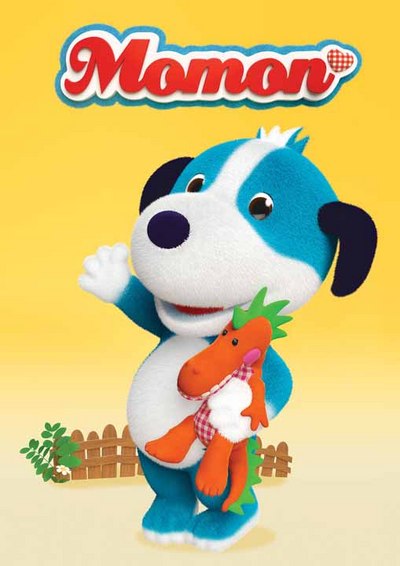 Montreal-based Digital Dimension has signed a co-production deal with Italian company Allegra Dami and Quebec-based AD LIB + to develop a new 3D-animated preschool series entitled Momon. The series is slated for 78 episodes at seven minutes each.

Momon, a friendly plush dog, is the main character of these short stories created to help parents entertain their children in a smart and stimulating way. The adventures of Momon encourage children to identify with a new friend with whom they can have fun and share positive feelings.

This is the second co-production project in development at Digital Dimension, the first one being Take It Easy Mike developed in partnership with the French studio TeamTO. The company is also developing the feature film Mean Margaret.

“We’ve never had as many animation projects with such of a wingspan in the office,” says Daniel Vermette, executive producer at Digital Dimension. “We have in production at the moment the series Helen’s Little School produced by Muse Entertainement and SuperPROD which has 52 episodes of 11 minutes [and] Sadie Sparks in collaboration with the French studio 2d3D and produced by Cyber Group Studios & Brown Bag Films, which also consists of 52 episodes of 11 minutes.

“We have a third series of 52 episodes of 11 minutes in production that we hope to unveil soon,” he added.

Digital Dimension has more than doubled its staff over the past year and the company is expanding its Mile-End offices. The first phase of the work will add a large luminous space, which will increase the total area of the studio to more than 25,000 square feet.