Joining Sony in 2004, Osher was named in 2008 as president of the digital production division of Sony Pictures Entertainment. 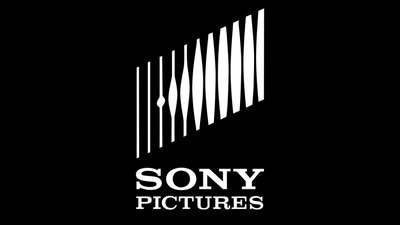 Sony Pictures Digital president Bob Osher, who oversaw Sony Animation and Imageworks for the past seven years, has been fired, according to a report by Variety. The news was confirmed on Wednesday with an email to employees from Sony Pictures Entertainment chair Michael Lynton.

Stolen emails from the massive data hack Sony suffered last year showed that last summer the studio had tried to recruit The LEGO Movie director Phil Lord and Chris Miller to take over its animation division. But when the pair were asked to detail any concerns they might have about coming to Sony, Lord cited the bad reputation of both Sony Pictures Animation and the studio’s visual effects unit Sony Pictures Imageworks, a characterization that developed from the loss of key talent from both divisions and Imageworks’ move to Vancouver. Sony ultimately hired DreamWorks Animation veteran Kristine Belson for the newly-created post of president of Sony Pictures Animation, which until then had been part of Sony Pictures Digital Productions. At that point, Sony said Osher remained in charge of digital operations, but the animation division no longer fell under SPDP.

Belson’s appointment followed the departure of Michelle Raymo Kouyate as production president of Sony Pictures Animation. Kouyate’s tenure included releases of Hotel Transylvania, The Smurfs 2 and Cloudy With a Chance of Meatballs 2.

Osher, who earned a reported $1.25 million annually, was named in 2008 as president of the digital production division of Sony Pictures Entertainment. He had joined Sony Pictures in 2004 as chief operating officer of the Columbia Pictures Motion Picture Group. Osher joined Sony after a six-year stint as co-president of production at Miramax Films. He previously was co-founder and executive VP of the Turner Pictures Group, which included co-running Turner Feature Animation. Before that, he worked as senior VP of business and legal affairs at Walt Disney Studios and Touchstone Pictures.

See below for the full text of the email from Lynton to Sony employees:

I wanted to share with you some news about changes to Sony Pictures Digital Productions (SPDP).

Bob Osher, currently President of SPDP, has decided to leave the studio to pursue other interests. I want to thank Bob for his 11 years of service and acknowledge the important role he played in strengthening the financial and operational foundation of SPDP, including launching successful franchises for Sony Pictures Animation (CLOUDY WITH A CHANCE OF MEATBALLS, SMURFS and HOTEL TRANSYLVANIA) as well as turning Sony Pictures Imageworks into a profitable leading visual-effects company. Please join me in thanking him for his many contributions and wishing him the best in his future endeavors.

Separately, we are making some operational changes to SPDP’s businesses in order to increase collaboration across the studio and unite teams that work closely together. Imageworks will now be part of the Motion Picture Group. Post Production Services, Worldwide Product Fulfillment, Production Services, and Asset Management will now be aligned with both the Motion Picture Group and Sony Pictures Television. Randy Lake, Executive Vice President of SPDP, will continue in his new role leading the organization, reporting jointly to both the Television and Motion Picture Group.