Can the team’s star stay out of trouble? Is this year’s team filled with losers? These and other questions will be asked, and answered, when Ben Hoffman’s new adult animated comedy launches on Netflix August 21. 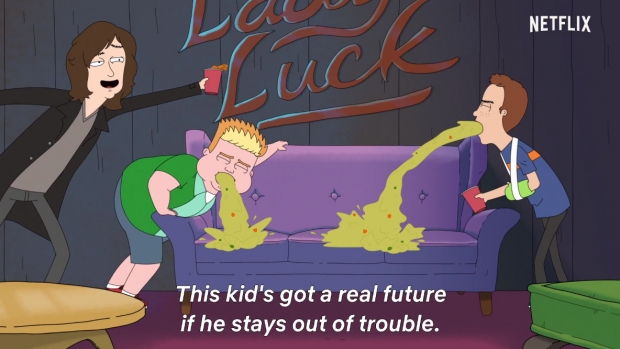 With the Netflix premiere of Ben Hoffman’s new animated adult comedy, Hoops, just around the corner on August 21, many burning questions remain unanswered as we head into the inaugural season. The show, stars Jake Johnson as a hot-headed, foul-mouthed high school basketball coach, Ben Hopkins, who thinks turning around his god-awful team will take him to the “big leagues” and turn his miserable life around.

In the new trailer, legendary basketball announcer Dick Vitale provides his “take” on the Coach Hopkins and his team’s chances this year. Questions asked… and answered? Yes, you know where this is going…

Netflix is also planning a Virtual Premiere Event for Hoops on Friday 8/21 from 6-7pm PDT. Johnson will be taking over @NetflixisAJoke to live tweet the first two episodes of Hoops along with his voice castmates, shown below. IGN will be hosting a virtual red-carpet experience at 5pm PDT on their Instagram before the Twitter Watch Party begins. Cast, guest stars and producers confirmed as of yesterday: