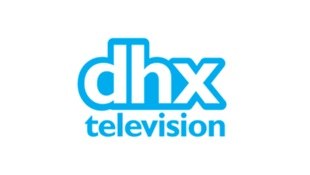 TORONTO -- Daytime Emmy Award winner Sinking Ship Entertainment and DHX Television have announced the start of principal photography on the new preschool series Playdate. A mix of live-action and the skilled puppeteering of Dina and Frank Meschkuleit, the series showcases the unexpected adventures Jacob and his friends’ stuffed animals encounter when they leave them alone. Playdate’s first season will see 13 half-hour episodes and is slated to premiere on DHX Television’s preschool channel which will be rebranded to Family Junior in Fall 2015.

“We’re always exploring new ways to connect with preschoolers and the notion that toys come to life when children aren’t looking is an enchanting and relatable premise for our audience,” said Michael Goldsmith, Director, Original Programming, DHX Television. “With the ample experience that Frank and Dina bring and with our award-winning production partners at Sinking Ship at the helm, we’re confident this series will capture the hearts of our young viewers and their families as they join the toys’ on their exciting escapades.”

“Sinking Ship is always on the look out for an exciting new production challenge and in Playdate we’ve definitely found one!” said J.J. Johnson, Executive Producer/Series Director, Sinking Ship Entertainment. “Cutting-edge puppets from the whiz team of Frank and Dina, a ground breaking multi-level set care of Ron Stefaniuk, plus children and animals are sure to keep the ship bobbing for many months to come!”

Every child believes their toys come to life when they’re not around and on Playdate, they really do! Meet Mac, Sammy, Priscilla and Buckie -- the beloved stuffed animals of Jacob and his friends who venture out on their own playtime adventures when the children are away. They do their best to complete the kids’ playtime adventures but usually end up causing some kind of mess or chaos along the way. Since the kids can never know their toys come to life, Mac, Sammy, Priscilla and Buckie have to finish their escapades before the kids come back and make sure they’re exactly where they started off. Luckily, Norman, the family dog, makes the perfect fall guy for any of their hijinks.

Playdate stars Millie Davis (Odd Squad, Orphan Black) as Molly; Scarlett Dovey (This is Scarlett and Isaiah) as Gwen; and newcomers Aidan Wojtak-Hissong as Jacob and Nirvaan Kwan as Enzo.

Commissioned by DHX Television, Playdate was created by Dina and Frank Meschkuleit. Frank is one of Canada’s premier puppeteers with a wealth of knowledge having worked on popular kids programs including Fraggle Rock, Toopy and Binoo and The Mighty Jungle. The series was developed by J.J. Johnson and Christin Simms and is produced by Sinking Ship Entertainment. Sinking Ship recently won three Daytime Emmy Awards for children’s series including Outstanding Pre-School Series for Dino Dan: Trek’s Adventures.