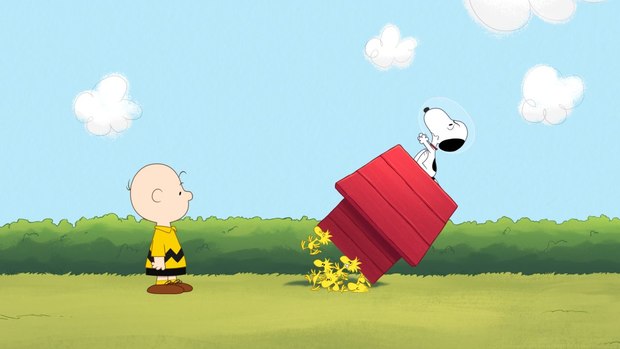 With the rollout of a new corporate identity that includes a logo and website, global kids’ and family content company DHX Media has just announced it will now be known as WildBrain. The company also announced fourth quarter 2019 and year-end 2019 fiscal results, as well as a management and business reorganization that includes a new CFO.

Eric Ellenbogen, who took over last month as the company’s new CEO and Vice Chair, stated, “In Fiscal 2019, we advanced our priorities of creating premium content, growing our AVOD business, improving our cash flow and strengthening our balance sheet. In Q4 2019, revenue rose 12% to $108.8 million and adjusted EBITDA was up 26% to $20.2 million. Rebranding as WildBrain embraces our commitment to creativity, imagination and innovation, and our 360° approach to brand management. For many years, our WildBrain group has been at the leading edge of the digital media business. As that landscape continues to rapidly evolve, now is time to unify all the parts of our Company under both the name and entrepreneurial culture that WildBrain represents.”

As part of the rebrand, the company’s tagline now reads, “Imagination runs wild.” Their popular YouTube business, formerly known as “WildBrain,” has been renamed “WildBrain Spark.” The new company website can be found at www.wildbrain.com.

The reorganization includes the appointment of Aaron Ames, currently the company’s COO, as CFO, effective immediately. He succeeds Doug Lamb, who is stepping down, but will remain with the company in an advisory role until October 31, 2019. No new COO is being named.

Ellenbogen remarked, “Aaron has a lengthy history with the company and has made significant contributions as COO. I’m confident that with his deep knowledge of our operations and a background in business improvement, integration and synergies, Aaron will be a strong leader of our finance function. We thank Doug for his considerable contributions to the Company.”

Company shareholders will be asked to approve the corporate name change at the upcoming 2019 Annual Meeting of Shareholders, which is expected to be scheduled for December 2019. Following approval, the company plans to change its ticker on the Toronto Stock Exchange and NASDAQ to “WILD.” Until that time, the company will continue to report under the DHX Media name and to trade on both stock exchanges under its present symbols, DHX on the TSX and DHXM on the NASDAQ.

Ellenbogen’s strategic reorganization efforts, which began in Q1 2020, are expected to be completed by the end of Fiscal 2020. As a result, the company expects to incur one-time cash reorganization charges in the range of $10.0 - $12.0 million that are expected to generate annual savings of approximately $10.0 million. A portion of these savings will be redeployed to invest in growth areas of the business including AVOD business and brands.

You can find the complete company release, including Q4 and Final 2019 financial results, on the company website.