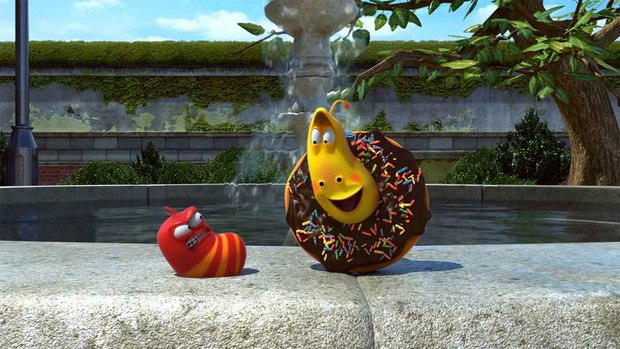 Under the exclusive agreement, WildBrain will manage the Larva TUBA channel, providing content production services and audience development expertise. WildBrain will also focus on growing the channel worldwide, monetizing viewing in all global markets, particularly in the U.S., and strengthening TUBA n’s relationship with YouTube influencers.

Produced by South Korea’s TUBA n, and airing on public broadcaster KBS in the territory, Larva revolves around short vignettes from the lives of Red and Yellow, two sewer-dwelling worms that are entertained and challenged by the various items and other animals that filter through the pavement grates into their world.

“We’ve always wanted to collaborate with WildBrain to further expand our online platform business, not just in Asia but in English-speaking countries as well,” says  TUBA n’s CEO, Kwang-Yong Kim. “We’re seeing great results already and we can’t wait to see how both TUBA n and WildBrain will have a mutually beneficial collaboration for the long run.”

“We're thrilled and flattered that Tuba has chosen to work with us,” says WildBrain’s managing director, John Robson. “Finding the best content to work with remains our focus, and Larva fits that bill perfectly -- first-class, language agnostic content that works superbly on YouTube. Larva is already doing well regionally, and we're excited about the prospect of creating a massive global audience.”