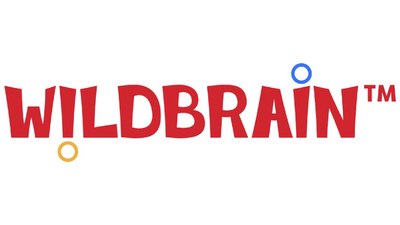 HALIFAX, NS -- DHX Media Ltd, an independent kids’ content company, announced the unveiling of Wild Brain Family International Limited (“WildBrain”), a wholly owned subsidiary of DHX which has been an incubator project since 2012. WildBrain operates a Multi-Platform Kids Network dedicated to connecting content owners with advertisers on platforms such as YouTube, Dailymotion and others. WildBrain offers videos for kids from 2-10 years old and generates approximately four-billion minutes of watch time monthly. In the last 12 months, WildBrain has grown significantly across key metrics: On a year-over-year basis for the month of March 2016, revenue grew by 57%, views increased 114% and minutes of watch time rose by 84%, compared to the month of March 2015. In that same period, the number of channels on the network has grown by 147%. Revenues are up 42% for the trailing 12 months ended December 2015, compared to the trailing 12 months ended December 2014.

“We are very pleased to propel WildBrain out of its incubator phase as we continue to execute on our strategy of delivering content to kids on the platforms they prefer,” commented Dana Landry, CEO of DHX Media. “The WildBrain team, led by Managing Director John Robson, has done a tremendous job building the business into an additional revenue stream to complement our core distribution business. As more and more kids move to consuming content on mobile devices, we believe WildBrain represents a significant growth opportunity for DHX. Content owners are looking for ways to reach these audiences through networks that span across multiple online video platforms such as YouTube and others. The WildBrain network allows us to leverage the expertise and scale we have gained in monetizing our own library on such platforms, to team up with others and help them achieve their goals.”

John Robson added, “Platforms such as YouTube are where we are increasingly seeing the new generation of children consume content. YouTube is the leading global video platform, and kids’ content is its fastest growing category. At WildBrain, we believe we are the leading experts specializing in delivering content to that audience. Not only are we able to successfully match content with advertisers, but we are also well positioned to create new, original videos to help brand owners extend and further monetize their presence online.”

Some of the numerous shows and brands that can be found on WildBrain, include Mattel’s Bob the Builder, Fireman Sam, Little People and Polly Pocket; Iconix’s Strawberry Shortcake; Turner’s Lazy Town; 9Story’s Daniel Tiger, Wild Kratts and Arthur; DHX’s Caillou, Rosie and Jim and Brum; as well as videos featuring Play-Doh; Minecraft; Hachette and many more.