DHX Media and DreamWorks Animation-owned AwesomenessTV enter into an original development and production agreement with content to air on Family Channel in Canada. 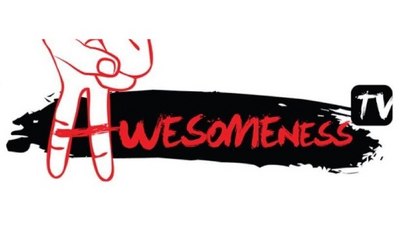 HALIFAX -- DHX Media and DreamWorks Animation-owned AwesomenessTV have entered into an original development and production agreement with content to air on Family Channel in Canada. DHX will also distribute and handle merchandising and licensing outside of the U.S. for original content produced under the deal.

In addition, DHX Television has licensed three popular AwesomenessTV series: AwesomenessTV, a sketch comedy show airing on Nickelodeon U.S.; Make Me Over, a reality makeover series hosted by teen fashionistas Bethany Mota and Ingrid Nilsen; and Cheerleaders, a docu-series diving into the competitive world of cheer, also for Family Channel.

“We’re actively pursuing unique programming formats to provide an authentic lineup for our audience, ensuring the content is both engaging and entertaining,” said Joe Tedesco, Senior Vice President & General Manager, DHX Television. “AwesomenessTV has been firing on all platforms and understands our audience. Viewers are easily able to connect with the programming through multiple entry points and we are thrilled to be creating new series together that will appeal to our audience and attract new viewers.”

“In addition to reaching a new audience for existing AwesomenessTV content, we are looking forward to collaborating with DHX Television on the creation of new series for Family Channel Canada,” said Kelly Day, Chief Digital Officer, AwesomenessTV. “We are always looking for new opportunities to reach the Gen Z audience, whether it’s a new platform or a new territory.  In this case it’s both.”

Descriptions of the three programs DHX Television has licensed are as follows: