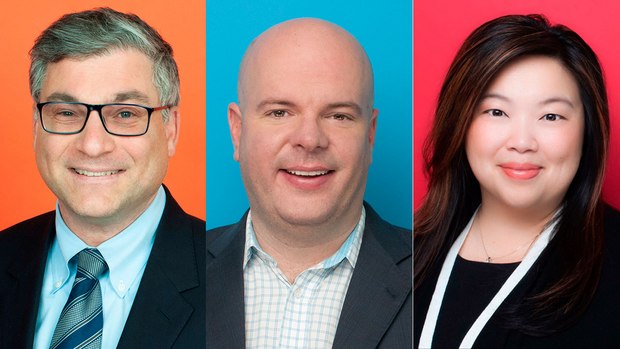 DHX Media co-founder Steven DeNure will be transitioning out of his role as president and COO within the next month.

“After an exceptional 35-year career, Steven has decided that it’s time to enjoy his successes,” says Michael Donovan, executive chairman and CEO of DHX Media. “We are grateful for his contribution to DHX Media and we wish him well in the future.”

“These changes are part of our succession plan,” said DeNure. “I have been working with Josh and Anne for the past 18 years, and I know they will excel in these well-deserved new roles. Aaron is a great and familiar addition to the DHX Media team.”

“We have added operational depth to our senior team with the appointment of Aaron, and aligned key content and distribution responsibilities under Josh and Anne to leverage and focus their strengths,” says Donovan. “Aaron has a long history with DHX Media, having served for a period as chief integration officer following our acquisition of Cookie Jar Entertainment, where he was CFO. His proficiency and discipline in operational and finance matters have become evident through his subsequent work with us on many projects as a consultant. These skills are the ideal complements to Josh and Anne’s deep experience and expertise in our content business. I look forward to working with all three, along with the rest of the senior management team, as we embark on the next chapter in DHX Media’s story.”