Animated action series ‘Dr. Dimensionpants’ to premiere in the U.S. on streaming service Hulu on June 13. 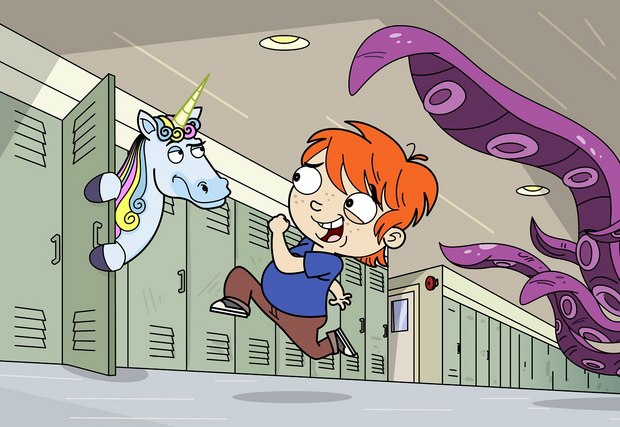 DHX Media, a key player internationally in the creation of content for families and children, has signed a new deal to premiere its animated action series Dr. Dimensionpants (26 x 30’) in the US on Hulu. The series will debut exclusively on the streaming service beginning June 13th.

Josh Scherba, SVP Distribution at DHX Media said, “The unique comic style of this series has won fans across Canada, Europe, Latin America, Australia and the Middle East and we are very pleased to now add the US to this growing list of broadcast territories. With Hulu on board to premiere the show to its audiences we are strongly positioned to engage with the core demographic and draw legions of new fans to Dr. Dimensionpants.”

Originally commissioned by Corus Entertainment’s TELETOON in Canada, the series follows the adventures of Kyle Lipton and his alter-ego Dr. Dimensionpants - a cosmic superhero with powers of space, time, and a moustache. Kyle was your everyday go-with-the-flow, somewhat average kid. But all that changed when an inter-dimensional portal opened in his backyard and dropped a strange pair of glowing pants in his lap: The Dimensionpants. Thanks to this cosmic clothing, young Kyle now has all the crazy-weird superhero powers he ever wanted… and a rocking mohawk. Way more responsibility than he can handle!

With the help of his talking unicorn mentor Philip, Dr. Dimensionpants must learn to master his powers as he saves the universe from unspeakable horrors on a semi-regular basis. And if that wasn’t enough, Kyle still has to deal with all his day-to-day kid issues -- homework, girls, and his annoyingly smart 7 year-old sister. Turns out, regular life is almost as tough as fighting inter-dimensional rogues. But Dr. Dimensionpants is pretty sure he’s got this hero thing down… if only he could figure out how to use those darn pants!