Broadcast and theatrical licenses sold in France and Germany for the feature-length special ‘Bob the Builder: Mega Machines – The Movie,’ set to debut in April 2017. 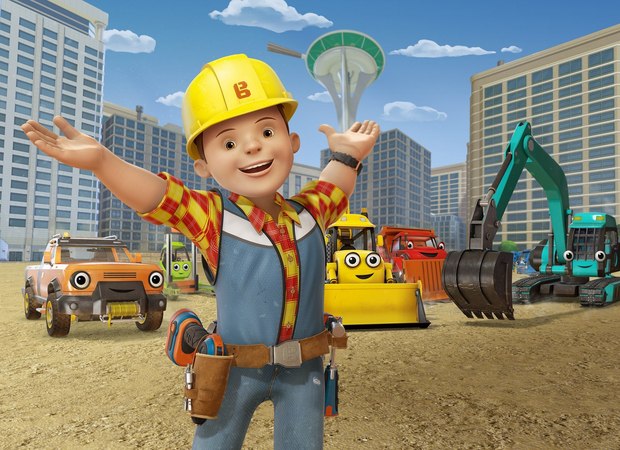 HALIFAX, N.S. -- DHX Media and Mattel Creations are further building the success of the Bob the Builder franchise announcing broadcast and theatrical licenses in France for the feature-length special Bob the Builder: Mega Machines – The Movie to France Télévisions and Pathe Live, respectively, as well as a theatrical license with X-Verleih Theatrical in Germany. Pathe Live’s world premiere of the movie will take place on April 29, 2017.

In addition, renowned actor Brian Cox (Troy, The Bourne Identity) was announced as the voice cast as the villain “Conrad.”

In a separate deal, DHX Media and Mattel Creations will co-produce an additional 52x11’ episodes of the hit Bob the Builder television series.

“The enduring popularity of Bob the Builder shows no signs of slowing down with new generations of kids enthusiastic as ever for the stories of Bob and his crew,” said Josh Scherba, SVP Distribution at DHX Media. “The addition of a feature-length special Bob the Builder: Mega Machines – The Movie as well brand new episodes adding to the brand’s content offering are testament to its enduring appeal.”

“Bob the Builder continues to build momentum across many new markets and, as our stories get bigger, so too does our global reach,” said Christopher Keenan, Senior Vice President Global Content & Executive Producer at Mattel Creations. “Bob the Builder: Mega Machines is a testament to this; the film tells the story of Bob’s biggest build yet and introduces three new “mega” characters who help reinforce the show’s themes of teamwork, perseverance and optimism -- with plenty of comedy, construction and conflict resolution along the way. We are also delighted to be green-lighting new episodes with our partners DHX and growing the franchise even further.”

“Both generations of my kids watched Bob the Builder because he’s been around for a very long time. I think the thing about Bob is it’s a very simple concept and it’s not too complicated for children,” adds Award-winning actor Brian Cox. “They link on to it because of the trucks, because of all of the accoutrement that goes with Bob. It’s his simplicity that’s really at the heart of it and that’s what makes it last, and has made it last through generation to generation. I am delighted to be part of this new movie!”

In Bob the Builder: Mega Machines – the Movie, Scoop, Muck and Lofty can’t wait to help Bob with his biggest build ever -- building a dam and transforming an old quarry into a reservoir to provide Spring City with fresh water. Bob enlists the help of another builder, Conrad, to help clear the quarry -- along with his three enormous Mega Machines, Thud, Crunch and Ace. Conrad, secretly resentful that he lost out on the dam-building contract to Bob, plots to undermine his rival’s reputation and sabotages the dam. Soon Bob realizes that things are not as they should be… and that it’s up to him and his team to save Spring City!