Thirty brand-new half-hour episodes are set to air in the U.S. in 2017. 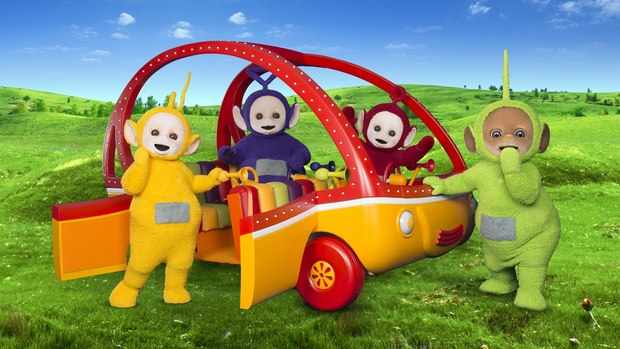 “The new Teletubbies series is winning fans worldwide, and the pickup of another season in the U.S. points to the enduring appeal of this global brand,” said Josh Scherba, SVP Distribution of DHX Media. “With all the recognizable favorites as well as new features, the second season is a real treat for audiences both in the U.S. on Nick Jr., and the U.K. where it will premiere exclusively on CBeebies next year.”

As the flagship property in DHX Media’s strategy to build global brands, the new Teletubbies continues to perform extremely well and is gaining global momentum. The global licensing program is growing rapidly, with more than 85 top-tier licensees already on board, underscoring its position as one of the best-loved and most recognizable international properties. Licensees in core categories include Character Options (award-winning Master Toy line, with distribution in North America and Northern Europe by Spin Master and Southern Europe by Giochi Preziozi) and Sony Pictures Home Entertainment (DVD and EST) as well as book publishers Egmont (global rights excluding North America and China) and Simon & Schuster (North America).

Season two of Teletubbies introduces exciting new elements to delight another generation of devotees. Tinky Winky, Dipsy, Laa-Laa and Po continue to laugh, learn and play as they discover a new area of Teletubbyland called the Hidey Hup -- a beautiful hidden glade containing equipment for physical Teletubbies fun, including the Tubby Bouncy, Tubby Slidey, Tubby Uppy Downy and the Tubby Spinny. In typical Teletubbies style, they drive to the Hidey Hup in their brand-new honk-honk Tubby Car, singing the infectious Tubby Car song as they travel. The Teletubbies extend their friendship to the adorable and intrepid little Tiddlytubbies -- Mi-Mi, Daa Daa, Baa, Ping, RuRu, Nin, Duggle Dee and Umby Pumby -- who have their own sing-along signature song. Also, look out for the story of pink tubby custard turning green and a very special Tubby Custard ride carriage for the Noo-noo.

The new TV show was commissioned and premiered in the U.K. by CBeebies, and has been picked up by 23 broadcasters worldwide to date, as well as Amazon Prime Video in the U.K.

The new Teletubbies follows the same well-loved characters and styling as the original but has been visually modernized by DHX Media and award-winning U.K. production company, Darrall Macqueen, bringing a refreshed and contemporary look and feel to one of the world’s best-loved preschool properties.