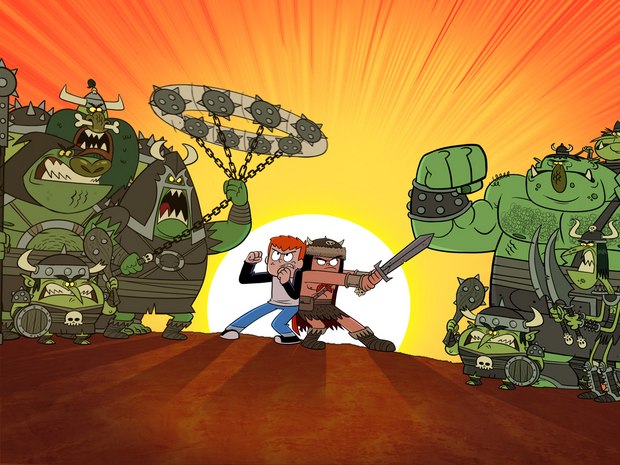 HALIFAX, CANADA -- DHX Media has signed broadcast deals with Disney XD channels. The agreement is for two series recently commissioned by DHX TV to air originally on its Family CHRGD channel. DHX Media licensed the new animated fantasy series, Fangbone! to Disney XD channels in the US, Latin America, South East Asia and Taiwan. In a further deal, it also licensed the innovative original series Gaming Show (In My Parents’ Garage) to Disney XD in the US where it will premiere Wednesday, September 9 (9:30 p.m., ET/PT).

“These are two very strong shows and distinctive within their genre,” said Josh Scherba, SVP Distribution of DHX Media. “Adventure, fantasy and comedy are core ingredients to great children’s content and Fangbone! has all of these in spades, while Gaming Show’s cross-platform approach keeps it at the forefront of gaming trends and editorially relevant to its audience. DHX Media continues to work with best-in-class original producers like Radical Sheep and B-Minors, and we are excited to see these series gain broadcast platforms in key international markets.”

Fangbone! is a Radical Sheep Production. DHX Television commissioned the series for Canada where it will air on Family CHRGD network, entering the market in early 2016. The series is aimed at 8-12 year-olds and follows the quest of the titular character, a young barbarian from Skullbania, as he travels through a magical portal into the suburbs of our world with a most dangerous burden. His mission is to protect the blackened and slightly jam-smelling big toe of Venomous Drool from being reunited with its master -- the evilest sorcerer in all the planes of existence! Fangbone becomes the best friend of Bill -- a kid whose weirdness is his ultimate weapon -- and who helps Fangbone survive in a world of spelling tests and waffles.

Together, Fangbone and Bill battle Drool’s monsterish creations, along with fat-fingered foot finders, independent magical contractors, and even the thieving Shadowsteppers -- keeping the toe safe from any who would use its evil powers. Fangbone! is a tale of epic comedy, epic action and epic epicness! The series is based on the books by New York Times bestselling author Michael Rex.

Gaming Show is an innovative TV show that takes kids and tweens into the world of gaming in a new and exciting way. It's a fun, authentic, comedic, and informative, semi-scripted gamer magazine series, "un-hosted" by three original, young and passionate gamers. The series is produced by Banger Films’ kids division, B-Minors and created by Jesse Shamata. Twenty-five new 30-minute episodes of the Canadian Screen Award-nominated, live-action show are in production for DHX Television’s Family Channel and Family CHRGD.