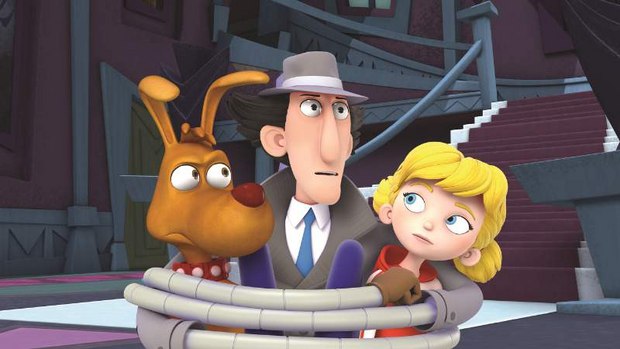 Halifax-based content creator DHX Media has licensed Netflix as the exclusive U.S. home for its new Inspector Gadget series. The new computer animated 26-episode series is expected to premiere on Netflix U.S. this March. It will also appear on Netflix at later dates in Latin America, the U.K., Ireland, Benelux, France and the Nordics following initial broadcast in each country.

“Inspector Gadget is one of those classic properties that’s perfect for a contemporary version,” Josh Scherba, SVP Distribution at DHX Media, stated. “We are delighted that, beginning this March in the U.S., the bumbling bionic detective will reach a whole new generation of fans on Netflix.”

Inspector Gadget is back!  Dr. Claw has reactivated his global crime syndicate, MAD, and the bumbling bionic detective, Inspector Gadget, has been brought out of retirement to save the world! Tagging along with Gadget is his niece, Penny, and her trusty dog, Brain. Now an agent in training, Penny uses her intelligence, martial arts and high-tech gear to keep her bumbling Uncle Gadget safe from harm. But it won’t be easy! Dr. Claw has a secret weapon: His handsome nephew, Talon, is eager to learn a little old-school evil as they try to take over the world.