International licensing deals for CG-animated preschool series show based on the iconic Fisher-Price brand are announced for Season One. 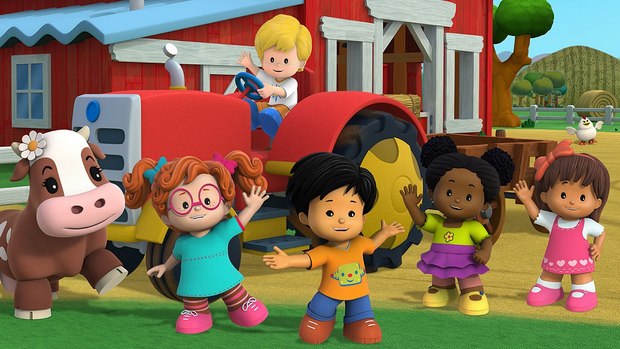 In further deals, DHX Media has licensed season one to Lagardère in France (for its Gulli & TiJi channels), Hop! Media Group in Israel and De Agostini Editore in Italy (for its preschool TV satellite channel DeAJunior). Earlier in the year, Mattel Creations sold the show to Tele-Quebec for French-speaking Canada, ITI Poland, Turner Broadcasting UK, Discovery Latin America, Family Jr. in Canada, Sprout US, Mexico’s Televisa, Portugal’s Dreamia and Channel One in Russia.

“The original brand has proven success with the preschool demographic and the television show continues the solid themes and style that Little People is best-known for,” said Josh Scherba, SVP, Distribution at DHX Media. “It’s an uplifting preschool series that builds skills of imagination and problem-solving through discovery and group play and we are very pleased by the response from broadcasters globally and the significant demand for additional episodes.”

“Little People has been a joy to produce and we’re thrilled with the reaction from broadcasters and fans around the world,” said Christopher Keenan, Senior Vice President Global Content & Executive Producer at Mattel Creations. “Season 2 will follow the same great format – discovery and imaginative adventures rooted in an EQ (Emotional Intelligence) message, focusing on topics like nurturing, caring, sharing, concern for others, patience all complimented with humor & music sure to delight parents and preschoolers alike.”

At the heart of Little People is music, comedy, discovery and imagination. In each eleven-minute episode our fun-loving cast of pre-school characters travels to wherever their imaginations take them. Through collaborative, creative play they can turn an ordinary sandbox into a fantastic fairytale castle, a paper airplane can become a jetliner and a puppet show can launch them on a high seas adventure in a pirate ship. Every adventure is sparked by a real world event in their lives. Whether they journey to a whimsical farm or find themselves in magical jungle with talking animals, the Little People’s adventures are filled with laughter and songs and they always learn an age-appropriate life lesson.