The Directors Guild of America announces the five nominees for the DGA Award for Outstanding Directorial Achievement in Feature Film for 2013. 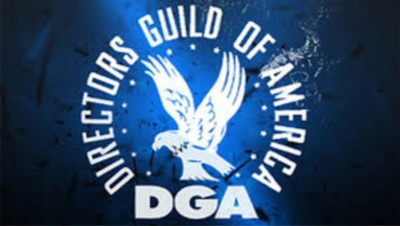 Los Angeles – The Directors Guild of America has announced the five nominees for the DGA Award for Outstanding Directorial Achievement in Feature Film for 2013.

“To be chosen by your peers in a year full of incredibly well-crafted films is the true marker of outstanding directorial achievement,” said DGA president Paris Barclay.  “The passion and vision of each of the nominees resulted in tremendously diverse films that kept audiences mesmerized.  Congratulations to each of the nominees on a job very well done.”

The winner will be named at the 66th Annual DGA Awards Dinner on Saturday, January 25, 2014 at the Hyatt Regency Century Plaza in Los Angeles.

The nominees are (in alphabetical order):

David O. Russell
American Hustle (Columbia Pictures)
This is Russell’s second DGA Award nomination.  He was previously nominated in this category for The Fighter in 2010.

Martin Scorsese
The Wolf of Wall Street (Paramount Pictures)
This is Scorsese’s eleventh DGA Award nomination.  He won the DGA Award for Outstanding Directorial Achievement in Feature Film in 2006 for The Departed, and has also been nominated in that category for Taxi Driver (1976), Raging Bull (1980), Goodfellas (1990), The Age of Innocence (1993), Gangs of New York(2002), The Aviator (2004) and Hugo (2011). Mr. Scorsese also won the DGA Award in 2010 for Outstanding Directorial Achievement in Dramatic Television for Boardwalk Empire and he was nominated for Outstanding Directorial Achievement in Documentary for George Harrison: Living in the Material World in 2011.  In 1999, Mr. Scorsese was presented with the Filmmaker Award at the inaugural DGA Honors Gala, and he was honored with the DGA Lifetime Achievement Award in 2003.

The winner in the Feature Film category will be announced at the 66th Annual DGA Awards dinner and ceremony on Saturday evening, January 25, 2014 at the Hyatt Regency Century Plaza.  The DGA Awards will be hosted by actor Jane Lynch.