‘Devil May Care’ Heads to Peacock

Even Hell needs a social media manager; produced by Psyop, the adult animated comedy, featuring a millennial whose Earthly job lands him the task of creating online ‘buzz’ for the devil, drops its entire first season June 7. 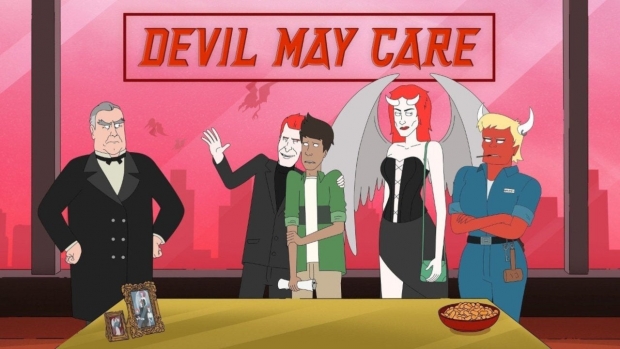 The series, which premiered on SYFY earlier this year, features a millennial named Beans (Asif Ali) who finds himself in Hell with NO idea why. Beans meets with the Devil (Alan Tudyk) upon his arrival, and they quickly figure out his previous Earthly job translates perfectly into the Hell-esphere. Just like that, Beans becomes the Devil’s newest Social Media Manager, since online buzz is exactly what Hell’s been missing. The two form the most unlikely friendship, and together, while juggling Devil’s staff and family, will surely get Hell trending!

Check out some clips:

“Has Hell Frozen Over?”: