The Devil Goes Down to Delaware in ‘Little Demon’

New animated FX comedy series will follow the Devil’s plight as he tries to gain custody of his Antichrist daughter’s soul. 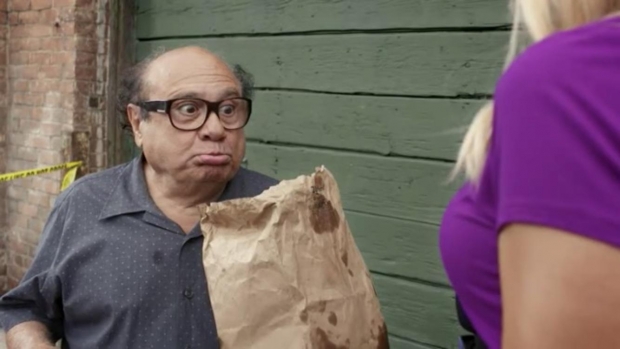 Wub-a-lub-a-dub-dub! Rick and Morty co-creators Justin Roiland and Dan Harmon are making good use of all that dead time between seasons to create their own animated side projects. Roiland’s new sci-fi series about a team of aliens crash landing in Suburban USA, Solar Opposites, premieres May 8 on Hulu. Harmon, however, has something a little more sinister in mind.

Little Demon is a half-hour comedy following the journey of a mother (Aubrey Plaza) and her 13-year-old Antichrist daughter (Lucy DeVito) as they try to live a normal life in Delaware. However, hijinks ensue when the father, the literal Devil (Danny DeVito), interferes with monstrous forces and nefarious plans to gain custody of his daughter’s soul. DeVito has plenty of experience being devilish with his character Frank from the FXX hit, It’s Always Sunny in Philadelphia, and we’re sure Plaza was perfectly cast as the reluctant mother of actual demon spawn.

Production has been greenlit by FX and will start this week. The series is getting special attention now that the pandemic has halted all live-action pilots and series, an unforeseen boon that will hopefully fast track this must-see, sure-to-be insanely hilarious show. Little Demon was created by Darcy Fowler, Seth Kirschner and Kieran Valla, and will be executive produced by Harmon, Fowler, Kirschner, Valla, and Plaza in connection with 2nd Avenue, ShadowMachine, and FX Productions. Steve Levy is also set to produce.