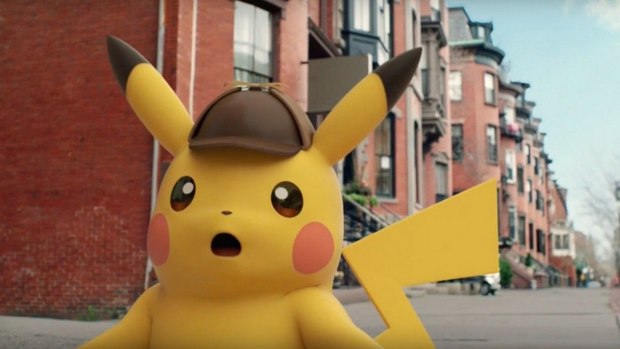 Warner Bros. will take over distribution outside Japan for Legendary Entertainment’s Detective Pikachu, the first of a planned live-action film franchise based on the hit Japanese video game, Pokémon, according to a report on Deadline. The move may indicate Legendary will sign a new distribution deal with Warner once its current deal with Universal Pictures expires this coming December 31.

Letterman, executive producer on DreamWorks Animation’s Captain Underpants: The First Epic Movie (2017), previously directed Monsters vs. Aliens and Shark Tale (which he also scripted) for the studio. His also helmed the 2015 feature, Goosebumps.

The hybrid CG-animation/live-action film follows Detective Pikachu, a new character and storyline in the Pokémon universe based on the Pokémon Go mobile game. The screenplay is being written by Letterman and Nicole Perlman (Guardians of the Galaxy).

Toho, the Pokémon Company’s longtime movie collaborator, will handle distribution of the film franchise in Japan, as it had done in its partnership with Legendary on its iconic monster reboot, Godzilla.