The ‘Shang-Chi and the Legend of the Ten Rings’ director and ‘Brooklyn Nine-Nine’ writer-producer join the Marvel Studios production, which will delve deeper into the long-running story of Marvel’s antagonist-turned-Avenger, who made his first appearance in the comics in the 1960s. 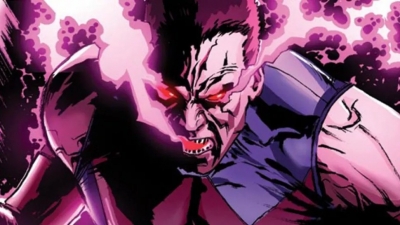 Wonder Man, a Marvel comics mainstay dating back to 1964, is set to make his small-screen debut in a live-action series now in development for Disney+.

Per The Hollywood Reporter, Destin Daniel Cretton - director of Shang-Chi and the Legend of the Ten Rings - has joined up with Brooklyn Nine-Nine and Community writer-producer Andrew Guest to work on the project, with an eye toward production sometime in 2023.

Guest will serve as head writer of the show, with Cretton executive producing. (Cretton may also direct one or more episodes, though that has yet to be confirmed.) Cretton’s attachment comes as part of his overall deal with Marvel Studios, which was inked in 2021 on the heels of Shang-Chi’s commercial and critical success.

Wonder Man first made intermittent appearances as a villain in the Marvel stories of the ’60s, and eventually transitioned to superhero status in the late ’70s. By the ’80s, the antagonist-turned-Avenger became a founding member of the West Coast Avengers in Los Angeles, and played a pivotal role in the ongoing saga of Marvel characters Vision and Wanda/Scarlet Witch.

While Cretton and Guest’s vision of Wonder Man is still subject to speculation, the character’s history could lend itself either to his inclusion in the MCU, or in the narrative through-line of WandaVision. (The latter route was just explored in the studio’s recent Sam Raimi-helmed feature, Doctor Strange in the Multiverse of Madness.)

Beyond Wonder Man, Cretton is hard at work on the sequel to Shang-Chi. He’s also set to direct and executive produce a series adaptation of American Born Chinese, the award-winning graphic novel by Gene Luen Yang, for Disney+. The latter project will be written and executive produced by Kelvin Yu and Charles Yu, with Melvin Mar and Jake Kasdan also executive producing. In February, stars Ben Wang, Michelle Yeoh, Chin Han, Yeo Yann Yann, Daniel Wu, Ke Huy Quan, Jim Liu, and Sydney Taylor were all confirmed as part of its cast.