The ‘John Wick’ scribe will team with Amazon studios for live-action take on the popular comic, a reimagining of the familiar Dracula / Van Helsing dynamic. 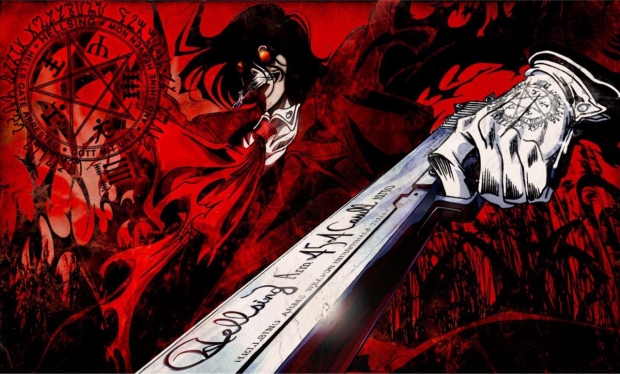 Something bloody this way comes! Joining the long list of written-word-to-silver-screen live-action adaptations (what a mouthful!) is the action-horror manga Hellsing, a reimagining of the familiar Dracula / Van Helsing dynamic. Derek Kolstad (John Wick), no stranger to blood, gore, and general badassery, is attached to pen the script, while Amazon Studios will develop. The film will be produced by Brian Kavanaugh-Jones and Fred Berger of Automatik, Mike Callaghan and Reuben Liber of Ranger 7 Films, Jason Lust of Soluble Fish Productions, and Kolstad. The manga was previously adapted as a 13-episode anime for television by Japanese studio Gonzo.

“Ever since my brother introduced me to the “Hellsing” manga and anime some years ago, I’ve been obsessed with adapting it,” Kolstad revealed to Deadline. “And when Mike Callaghan and his team managed to secure the rights to then partner us up with Brian Kavanaugh-Jones and Amazon, I mean -damn, dude- this is a dream.”

Written and illustrated by Kouta Hirano and published by Shōnen Gahōsha, “Hellsing” reimagines Dracula as Alucard, a special agent bound to The Hellsing Organization, under the leadership of Integra Hellsing, great-granddaughter of Abraham Van Hellsing, to aid them in their mission to protect England and the world from vampires, ghouls, and other supernatural threats. The manga also focuses on Hellsing’s newest recruit, a female ex-police officer named Seras Victoria.

While the charm of manga and anime is generally difficult to capture in live-action, Kolstad seems to be leading a good team with passion and reverence to the source material. Do you think Hellsing will be a hit?