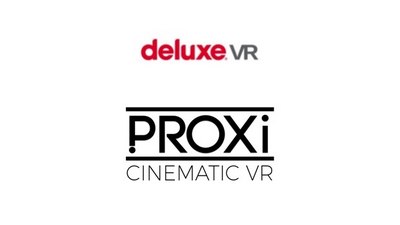 Deluxe President and GM of Visual Effects and VR, Ed Ulbrich, recently worked with the Norrises on Warner Bros’ hit movie Suicide Squad. The Norrisses then went on to create the VR experience for Suicide Squad that debuted at Comic Con 2016. Ulbrich said, “Guy is one of the biggest and most highly regarded names in action design and stunts, and with Harrisson’s inspiration, he’s taken that passion into virtual reality. Some of the most compelling movie-based VR experiences come from big action sequences, and Guy is brilliant in that realm. Joining forces to extend Guy’s creative team with our specialization in VR and VFX is a perfect fit.”

“VR has let us unleash so many new ways to bring audiences inches from the action; the kind of experiences that have the interactivity of high-end gameplay and the immersiveness of cinematic film,” said Norris. It’s a new way of creating entertainment targeted specifically for the new generation of audiences. That’s where PROXi and Deluxe VR are such a perfect fit. Deluxe has a global reputation for artistry and innovation, and they have creative talent and technologists based all over the world. They’ve also been developing the kind of interactivity that elevates experience immersion. Together, we can create productions of the biggest scale and scope.”