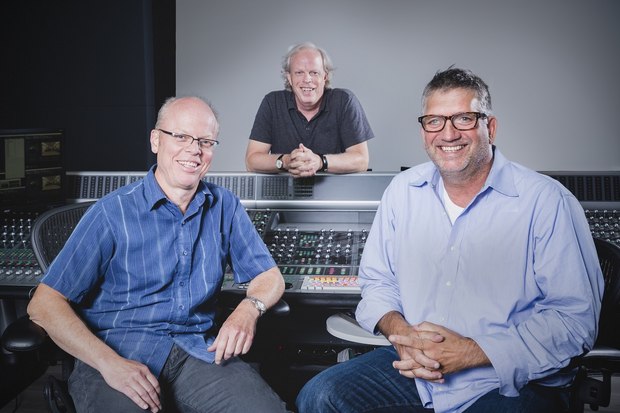 LOS ANGELES -- Deluxe Entertainment Services Group has announced that award-winning sound professional Steve Foster has joined Deluxe Toronto as a Senior Re-recording Mixer. With a musican’s ear for audio and more than 25 years in the sound industry, Foster’s first project at Deluxe Toronto will be the second season of SyFy’s critically-acclaimed series, The Expanse.

“Steve is one of the top mixers in town and adding him to our roster of talent alongside Chris Cooke and Mike Baskerville gives us a one-two-three punch to make sure clients can always find what they need at Deluxe Toronto; they’re all savvy industry veterans with impressive credits and awards recognition,” said Nick Iannelli, Deluxe Toronto SVP of Post Production.

“Deluxe Toronto stands out in an industry packed with talented and dedicated people,” Foster added. “I share their enthusiasm for exceptional work and hope to continue their legacy of excellence.”

Foster comes to Deluxe Toronto from Technicolor Toronto, formerly Toronto’s Sounds Interchange, where he helped establish the long form audio and ADR departments, and wrote the score for 90s thriller Killer Image. His credits include Narcos, Rolling Stones: At the Max, and the Hannibal TV series. He earned a Gemini Award for Dramatic Sound on Everest, a Genie Award for Overall Sound on Passchendaele, and four Motion Picture Sound Editor Golden Reels for sound editing and ADR for various episodic series, among nearly a dozen other awards nominations.

Along with growing its team, Deluxe Toronto has also extended its capabilities, adding a new Dolby Atmos mixing theater geared toward episodic production to its facility. It features equipment and layout identical to the studio’s existing three episodic sound theaters, allowing for consistent and flexible review sessions for all of the 10-12 projects simultaneously flowing through Deluxe Toronto. The facility also houses an enormous theatrical mix theater with 36-channel Dolby Atmos sound, and a sound stage for ADR recording.