Deluxe Streamlines VFX Workflow for ‘Star Trek Beyond’ with The Portal 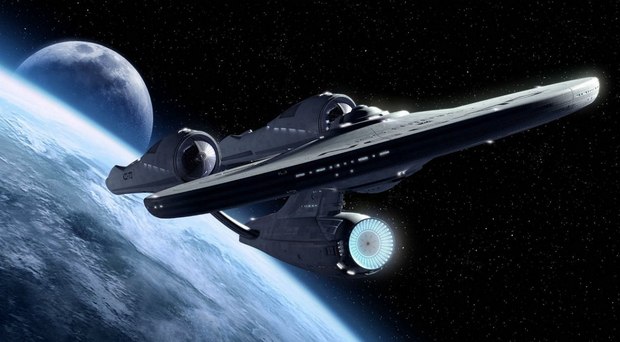 LOS ANGELES -- Deluxe Entertainment Services Group has announced that its post/VFX workflow application The Portal significantly streamlined processes for filmmakers on Paramount Pictures, Skydance and Bad Robot’s Star Trek Beyond, directed by Justin Lin and shot by Stephen F. Windon. The Portal, a service unique to Deluxe, takes the once cumbersome process of pulling camera original material and distributing it to VFX companies from days to hours.

Using Deluxe’s extensive and secure networking capabilities, the movie’s editorial team was able to get to work cutting VFX elements immediately upon viewing dailies, which were processed and graded near the Vancouver, B.C. location by Deluxe’s mobile dailies unit. DNX versions of dailies were sent to picture editorial while for urgent pulls, raw files were moved directly over a secure network to Deluxe’s near line storage in Hollywood, with backup LTO tapes following a few days later.

Star Trek Beyond is also the first feature to use The Portal’s new return pipeline, which allows VFX artists anywhere in the world to easily upload updated shots for review at any Deluxe grading theater. This capability allowed the filmmakers to check in on VFX updates (at multiple vendors in the U.S., U.K. and Canada) while based on the Universal Studios lot. The final grade was done by Tom Reiser at Deluxe’s EFilm in Hollywood.

“What we had was a modern system both for delivery of plates and elements to VFX vendors and a seamless return path for the finished EXRs to come back for review,” says Star Trek Beyond’s VFX producer Ronald Ames. “The ease of the system and the fact that we don’t have to ever touch these big files is a great value. With modern films you work right up to the very end and it’s impossible for editors and visual effects people to stay on top of all this media. It’s just too much to track.”

With The Portal, the VFX editor -- responsible for ensuring that picture elements get where they need to be and in the necessary format, codec, aspect ratio, etc. -- selects the shots or frames required for an effects shot and with one click, the material is located, formatted to the specifications for the destination facility (10-bit DPX, 16-bit EXR, 1.85:1, full aperture) and securely delivered so the VFX artists can begin work immediately.

“As soon as we knew what elements we needed for an effects shot,” Ames continues, “we just sent a request to The Portal and it was sent to the assigned vendor. As soon as they were done with the shot, any time of the day or night, they just sent it back where the conform editor could drop it into the DI timeline. Justin Lin and Peter Chiang could just look at iterations right away and that let them spend more of the post schedule being creative.”

“Star Trek Beyond used multiple cameras for visual effects and obviously quite a lot of effects shots involving screens and communications devices,” says Weyron Henriques, director of software development for Deluxe Creative Services. “We uploaded every shot remotely while grading the dailies. The day after something was shot, it was ready to be formatted and sent to a VFX company. The Portal takes a complex and labor-intensive process and speeds it up enormously.”