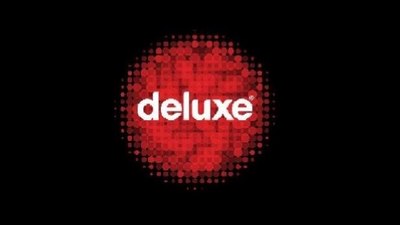 Rom has been delivering, innovating, and leading television post-production services for three decades. He joined Duart Film Labs in 1984 as a colorist, working his way up to Executive Vice President of the company, running both its digital and film lab divisions. In 2000 he joined stock footage/production company Sekani (acquired by Corbis), helping to build the first fully digital content distribution network. In 2002 he founded The Lab at Moving Images, the first motion picture lab to open in in New York in 25 years. Highly successful at servicing advertising and television clients, it was acquired by PostWorks, which named Rom COO overseeing its Avid rentals, remote set ups, audio mixing, color correction and editorial businesses. In 2010 Rom joined Technicolor NY as SVP Post Production and was instrumental in building the company into a leadership position. When PostWorks NY acquired Technicolor NY, Rom again became COO of the now-larger company. He joined Deluxe in 2013 as General Manager in New York. “I love what I’m seeing today in the industry,” commented Rom. “It has been said many times, but we’re truly in a golden age of television. The best entertainment in the world is coming from the networks and a whole new generation of original content creators. It’s exciting to be in a position to service that work. There are few, if any, companies that have invested in the research, technology, and talent to the degree Deluxe has, to help clients take advantage of the latest advancements, whether it’s HDR, 4K, or whatever comes next, to create amazing new experiences for viewers.”

Deluxe CEO John Wallace said, “Throughout his career Dom has been proactive about building infrastructure and partnerships with technology pioneers, and about supporting and working with talent to anticipate what clients are going to need next, to be there with the right services. For decades the top shows in the industry have come to him knowing that he can help them get even the most challenging, groundbreaking work done, at the highest quality. We’re looking forward to having him drive our television initiatives on a bigger scale as we continue to build and develop our teams and offerings.”

Deluxe's Encore and Level 3 are leading global providers of digital post-production and visual effects services for television and original series, leading the industry in HDR, 4K and other advanced services. The companies' top talent has been recognized with multiple Emmy awards and industry accolades. With studios in Los Angeles, New York, London, Vancouver and Toronto the companies contribute to an ongoing slate of top shows including The Flash, Supergirl, Mr. Robot, House of Cards, and others.