Seasoned VFX producer Matthew Engel joins the Chicago team from Method Studios’ New York facility, along with newly-hired designers Matthew Fultz and Tobias Mattner, and Lauren Roth has been promoted to Head of Production for the overall Chicago studio across all three creative teams.

In addition, Joel Signer was promoted to producer, and Claire Smalley and Tara Reeves to production coordinators; Company 3 has also brought in an additional color assistant, Zachary Korpi.

“Top brands and agencies are increasingly drawn to Chicago for national campaigns, and expect world-class services to support them. With this talent expansion we’re now better poised to serve their end-to-end post production needs,” said Peter Hullinger, General Manager of Deluxe’s Chicago studio housing Beast, Company 3 and Method Studios. “Lauren is the backbone of our facility, and a wonderful client resource, and we’re excited about the contribution she can make in this expanded role. Bringing in Matt, Tobias and Matthew elevates what we’re able to deliver creatively on the VFX front.” 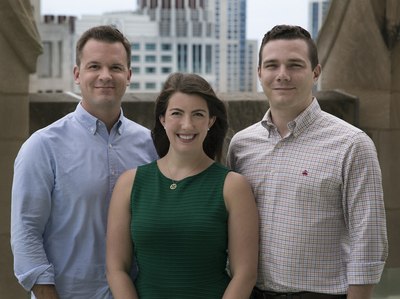 Roth moves into the Head of Production role after serving as Senior Producer for Beast, Company 3 and Method Chicago. Involved with these creative teams since 2010, her deep knowledge across their talent and offerings empowers her to provide clients with a seamless and personalized post-production experience.

With more than eight years working with the companies in New York, VFX producer Engel first managed projects for Company 3 before transitioning to the Method VFX team in 2014, where he focused on overseeing heavy VFX projects and guiding clients around VFX workflows, budgets and timelines.

Beast, Company 3 and Method’s Chicago offices most recently contributed work to Always “Like A Girl,” as well as spots for Raid, Nike, State Farm, Wrigley, GMC, Timberland and Nintendo.

“Our clients love that they can come to one facility where a variety of talent across all three teams works seamlessly to achieve their specific visions,” Roth said. “We have a boutique feel, but our resources extend internationally, allowing us to scale up or down to take on projects of any scope. Chicago's post scene is really thriving and we’re thrilled to be at the forefront.”