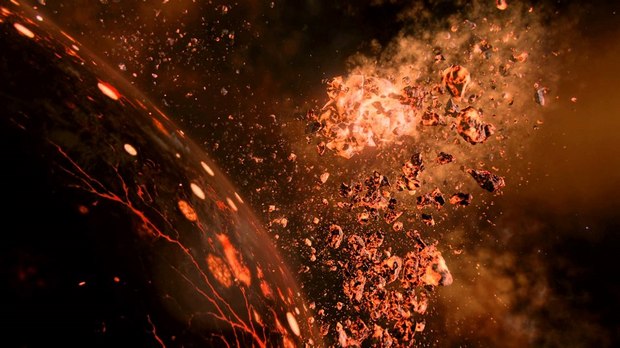 Dell’s end-to-end solutions enabled Tippett Studio, the Academy Award -winning visual effects studio, to bring the wonders of the universe to life in living rooms across the country in the celebrated science documentary series COSMOS: A SpaceTime Odyssey.

A re-boot of Carl Sagan’s original series, COSMOS explores how we discovered the laws of nature and found our coordinates in space and time, bringing these concepts to life with cutting-edge visual effects digitally rendered to appear realistic. With Dell solutions, the Tippett team is able to save invaluable time while retaining state-of-the-art performance when developing the complex visual graphics that tell the stories on COSMOS. Prior to working with Dell, Tippett Studio was hindered by a costly, outdated IT infrastructure that struggled to support the complexity of their work to create photorealistic animations and effects.

"The biggest challenge working on COSMOS was for Tippett to meet the consistently tight deadlines—and meet them under a lean, television budget,” said Sanjay Das, chief operating officer, Tippett Studio. “With the massive and complicated effects in almost every one of our 235 shots, this was a very demanding task, especially to do at an exceptional level that lives up to the prestige and history of COSMOS. With the power of Dell solutions, Tippett was able to quickly render and refine images to deliver the realistic and compelling sequences that have helped made this series a huge success.” Tippett Studio is still running on the same scalable solution that Dell designed for it two years ago, chosen over HP and Apple, which has grown with the studio. Tippett has been able to quickly and efficiently increase capacity by adding a server rack, enabling the studio to take on additional projects while meeting the growing demands of visual effects. Tippett’s recent work includes A Million Ways to Die in the West, The Twilight Saga, Ted, and Harry Potter and the Deathly Hollows. The company currently is in production on Ted 2 and Jurassic World.

The world of visual effects production and animation is driven by quick-turn deadlines. The scalability of Dell hardware and optimization of Dell solutions have helped Tippett Studio respond to challenging client requests in a timely fashion. For example, to have the trademark “Ship of the Imagination”—used by COSMOS host Neil deGrasse Tyson as a narrative device—travel through space, across other planets and everywhere in between while looking plausible, required the studio to reflect images and effects off the ship in a complex and dynamic fashion.

The Tippett team worked with scientists and producers to pull together the initial concepts of each segment and shot. After learning from the experts, Tippett Studio began designing, rendering, refining and completing the breathtaking images of the universe’s wonders, such as the microscopic Tardigrade water organisms. Dell Precision workstations with NVIDIA GPUs take the graphics load off the core CPU and provide massive acceleration that facilitates rendering, allowing complex 3D scenes to be rendered in real time. Tippett Studio estimates that the performance of Dell Precision workstations saves five to 10 hours per shot when rendering complex images such as the prehistoric reptile, Ichthyostega. The alligator-like creature requires adjusting rendered, composite shots to ensure it looks accurate while building on existing footage to make it seem as if the Ichthyostega is swimming in water and demonstrating realistic characteristics.

“It’s a great relief knowing that we have a technology partner in Dell that understands the complexities of our IT infrastructure and the time sensitive demands of our clients,” said Tippett’s Das. “With the time we save leveraging Dell solutions—whether rendering or at other stages of our workflow—our team can focus their energy on producing their best creative output instead of worrying about system administration issues.”