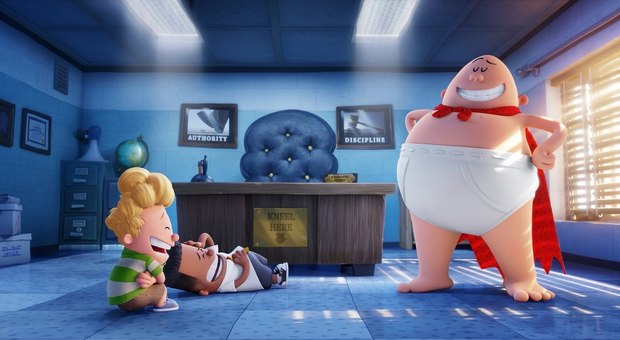 In celebration of the August 29 Digital HD release and upcoming September 12 DVD, Blu-ray and 4K Ultra-HD release of DreamWorks Animation’s Captain Underpants: The First Epic Movie, AWN has an exclusive deleted scene to share from the movie!

Check out the deleted scene, “The Disciplinary Committee,” in the player below:

The home entertainment release of Captain Underpants: The First Epic Movie delivers more than 30 minutes of action-packed special bonus content. From engaging features, such as “The Really Awesome Adventures of Captain Underpants” motion comic and “The Professor Poopypants (Totally Original and Supercool) Guide to Being a Villain” to riotous deleted scenes, a lyric video from “Weird Al” Yankovic and a Q&A with the film’s stars, the hilarity continues.