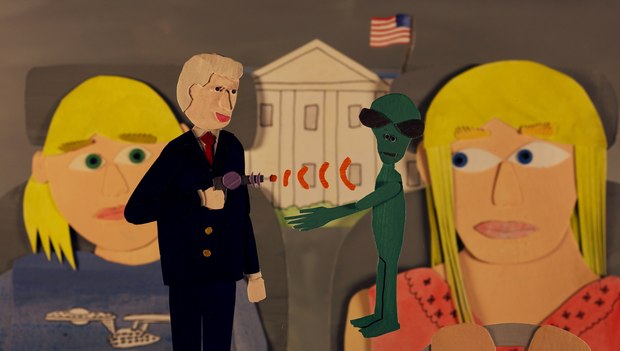 “What an extraordinary group of films we have this year,” says OIAF artistic director Chris Robinson. “There is a definite air of defiance, not just in terms of content, but also through stylistic choices and a rejection of conventional narrative storytelling. All in all, a refreshing, timely and much needed blast of fresh air from the international animation community.”

Current attitudes about the political and social environments of 2017 are very much reflected in this year’s OIAF selections. Leading the punk pack is The Story of O.J., a beautifully animated and brutally honest music video about race relations in America co-directed by Mark Romanek and JAY-Z. It was designed and animated by The Mill and Titmouse. Clyde Petersen’s feature Torrey Pines is a queer, raw coming of age story. Sexual diversity is further examined in Fish Curry (dir. Abhishek Verma, India) and Manivald (dir. Chintis Lundgren, Canada), political violence in Riot (dir. Frank Ternier, France) and Nos Faltan (dir. Emilio Ramos, Mexico), domestic abuse in My Father’s Room (dir. Nari Jang, South Korea), the fragility of economic systems in Cloacinae (dir. Serge Onnen and Sverre Fredriksen, Netherlands & China), the critical notion of home in Hedgehog’s Home (dir. Eva Cvijanovic, Canada) and societal apathy in Life Cycles (dir. Ross Hogg, UK). The National Film Board of Canada also delves into social commentary with Naked Island, a series of short protest films from several animators who examine the dark side of their cities.

This year, there are two features in the Official Competition by the same director, Lu Over the Wall and The Night Is Short Walk On, Girl. This unprecedented feat was achieved by Japanese filmmaker Masaaki Yuasa, the well-known director of many anime films included the widely acclaimed Mind Game (2004). He currently has a new series in development for Netflix.