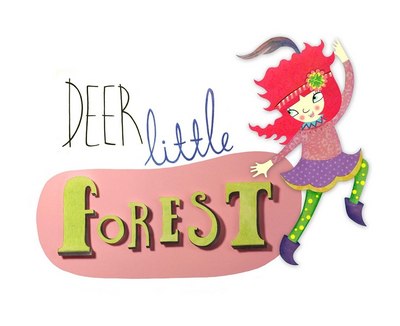 Beth Marcus, CEO of Playrific commented, “The whole team here is excited about the app because the images and stories are so beautiful and compelling. There really is nothing else like it on the market so we are very optimistic that it will stand out and quickly gain a loyal fan base.”

The app will be available in the Googleplay, Kindle and the iTunes stores in mid-December, in time for Christmas. Preschool magazine partner GET BUSY will support the launch in its December holiday issue with a call out to existing UK fans on Deer Little Forest’s monthly activity page.

“Playrific have created an absolutely beautiful and genuinely unique app from Jo’s signature artwork,” said Lisa Hryniewicz, Managing Director of Koko Rose Media. “The charm, creativity and personality of the brand have been perfectly translated into an entertaining app which kids will love and parents will too! We are thrilled to see Deer Little Forest move onto a prominent new stage where the characters will be able to connect with new fans around the world.”

The property is currently being developed as a preschool series with King Rollo Films (Poppy Cat, Mama Mirabelle, Maisy, Humf), and a book, penned by picture book veteran Alison Green and illustrated by Rose. A number of licenses and agents have been signed on in 15 markets to date.