The 2D animation, which began as the studio’s 2022 holiday short, is inspired by the production team’s ‘coziest memories of winters spent at home.’ 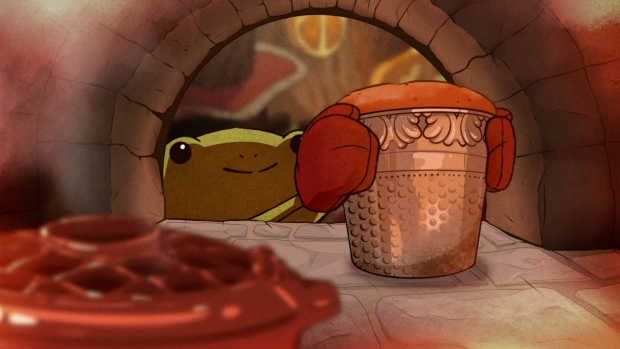 The Deep Sky animation and live-action studio recently released the first installment of its animated anthology It’s The Little Things - originally released as the 2022 holiday short. The studio reports the 2D film has gained over 500K views and over 60K likes on Instagram and TikTok.

The video shows a homesteading frog settling in for a cozy evening in his log cabin during a mild and peaceful winter. Inspiration for the visual style is “cottagecore” aesthetics combined with the production team’s nostalgic perspective of their “coziest memories of winters spent at home.” Various works, including Over the Garden Wall, The Wind and the Willows, and Studio Ghibli’s famous food scenes, were also influential.

“Through animation, we explore how daily rituals can hold the same sense of delight as a grand adventure, if only we take the time to notice them,” said Deep Sky art director Gaby West who also serves as creative lead on the project. “Every detail on screen hints at an important piece of a larger world, just as every moment in a day is what makes up the whole of life.” Background artist Finn Sylwester strove to create a sense of warmth throughout the interior scenes, inviting the viewer into this “slice-of-life” piece. To match the style developed by the illustration team, animation lead Jack Ellis and animator Adam DiTerlizzi combined traditional and modern animation techniques. In addition, the team developed custom brushes to match the delicate and vintage-inspired illustration style, pushing Adobe Animate past its typical vector-based medium.

The animation production was a coordinated team effort between 2D animators, illustrators, and other internal production teams. The 3D team helped create complex visual effects while preserving the feel of the hand-drawn animation. Finally, the sound design created a deeper ASMR-inspired experience for viewers.

It’s The Little Things will continue with seasonal installments. The next video premieres in Spring 2023.

Enjoy the first installment of It’s The Little Things:

Deep Sky | It's The Little Things from Deep Sky on Vimeo.

The short was executive produced by Jared Hobbs, Maddie Loftesnes served as producer, and Gaby West as creative lead. Concept design was by Barret Thomson, West, and Sylwester, who also served as illustration lead. Animation was by DiTerlizzi, with 3D visualization by Israel Arias. Sound design is by Blake Boxer. Max Richards is the marketing director, and Aida Baird marketing coordinator.