New SVP of marketing & communications and SVP of business and legal affairs join recently-promoted SVP of development and production Hannah Pillemer to round out executive changes and strengthen company’s fast-growing industry presence. 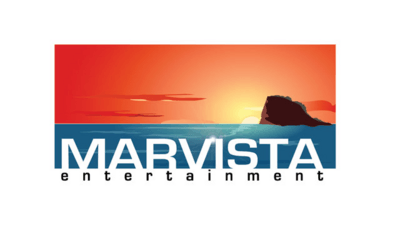 LOS ANGELES -- MarVista Entertainment has announced the expansion of its executive team including the hiring of industry veteran and marketing specialist Deena Stern as SVP of Marketing & Communications. Bringing extensive experience from her tenures at Esquire Network, Comedy Central and USA Network, Stern joins a new executive slate that includes recent hire and former Lionsgate exec Kenny Christmas as SVP of business and legal affairs, and the recently-promoted Hannah Pillemer, who will now serve as SVP of development and production.

The new hires come on the heels of exciting development news for the company, including an announced partnership deal with Elijah Wood’s SpectreVision to complete four films within the next two years (including the recently-wrapped Bitch starring Jason Ritter and Jamie King) and Academy Award-nominated director John Singleton’s Rebel, a two-hour police drama pilot produced for BET. The company’s current slate includes co-productions with broadcasters including the Disney Channel, Nickelodeon, Hallmark and Lifetime, where the drama pilot Sea Change recently completed production and A Deadly Adoption, starring Will Ferrell and Kristen Wiig, aired last year. MarVista’s recent slate of feature films includes Loserville, Emily and Tim, Miss India America, Most Likely to Die, and Jessica Darling’s “It” List. Stern has led a highly regarded career as a proven strategic thought-leader and innovator in creative marketing solutions, building awareness for network brand and programming in addition to sales marketing and multi-platform content distribution. In her new role, Stern will oversee marketing and communications for the MarVista Entertainment brand and the expansive title selection, domestic and international, and lead campaign initiatives for new genres as the studio continues to expand their distribution and content development plans to position themselves as a leader in the ever-changing entertainment landscape.

“As MarVista continues to evolve in this ever-shifting marketplace of original content with exciting new projects and partnerships on the horizon, it was important for us to find someone with a rich and varied background in entertainment marketing,” said CEO Fernando Szew. “Deena’s expertise across so many platforms, formats and demographics has made her a natural fit for the next, exciting phase of MarVista Entertainment and we are thrilled to welcome her and Kenny to the family. Their additions and our promotion of Hannah only further showcase our emphasis on developing and hiring the most talented individuals in the entertainment industry.”

Stern previously held the position of SVP of marketing and digital for Esquire Network where she was integral in launching a new cable network among a fragmented television/content landscape. At Esquire Network, she launched 26 original series, which contributed to making Esquire Network one of the fastest growing entertainment networks among A18-49. After successfully launching Esquire Network, Stern oversaw partnership marketing at E! and Esquire, delivering best-in-class multi-platform sales marketing opportunities, most notably, E! Live from the Red Carpet. Stern has held executive positions for Comedy Central and USA Network where she oversaw the marketing for the network’s major initiatives including Emmy Award-winning The Daily Show, South Park, Key and Peele and Workaholics at Comedy Central and the Emmy-nominated The Starter Wife, Monk, Psych, and Burn Notice for USA Network. Stern is a graduate of Brandeis University.

As senior vice president of business and legal affairs for Mar Vista Entertainment, Christmas will oversee the negotiating and shaping of business transactions in the areas of development, production, finance and distribution of television and film. Christmas excels at strategic high stakes negotiations through his experience forged at the prestigious Los Angeles-based law firm of O’Melveny and Myers and the high-powered, talent boutique law firm of Hansen, Jacobson et al in Beverly Hills. Over the last dozen years, Christmas has held a variety of senior executive entertainment positions at entertainment companies such as Lionsgate Entertainment, The Tyra Banks Company, where he drove the strategy for Tyra’s cosmetic line, Edmonds Entertainment, and Brooklyn Hazelhurst Productions, a partnership with actor Vincent D’Onofrio with a heavy focus on Law & Order: Criminal Intent. Kenny is a Stanford University and Yale Law School graduate.

Joining Stern and Christmas, Pillemer was recently promoted to senior vice president of development and production following her position as a creative executive, first joining the company in 2013. Pillemer currently oversees the feature department, managing a slate more than 30 films across a wide range of genres and budgets. Most notably, recent successes during Pillemer’s tenure include Caught, starring Anna Camp which premiered at the LA Film Festival, Most Likely to Die, A Deadly Adoption, Satanic, starting Sarah Hyland in collaboration with Magnolia, and upcoming independent film Bitch in collaboration with SpectreVision. Previously from HBO Films, Pillemer worked on multiple high-profile projects, including the Steven Soderbergh-helmed Behind the Candelabra, starring Michael Douglas and Matt Damon. Prior to HBO, she honed her creative development skills as the director of commercial production for the lifestyle television network Plum TV. Pillemer began her entertainment career assisting famed Hollywood producer Lynda Obst on her film The Invention of Lying. She holds a Masters degree in Fine Arts from Boston University.