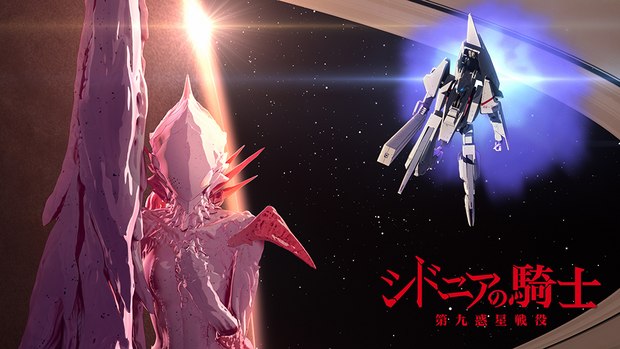 Established in 1983, Tokyo-based Polygon Pictures (PPI) aims to “do what no other has done, in unparalleled quality, for all the world to see and enjoy.” In addition to creating animation for films, games, exhibitions and other various media, PPI’s credits include Daytime Emmy Award-winning full CG TV series Transformers Prime and Star Wars: The Clone Wars as well as the Annie Award-winning Tron: Uprising. To ensure the company maximizes computing resources for demanding production schedules, PPI uses Thinkbox Software's Deadline to manage its render farm.

PPI had previously been using its own system developed in-house, but in 2010 switched to Deadline through software distributor IndyZone Co., Ltd. “As the number of software tools and settings we had to support within our own system grew, and the maintenance became more complicated, we had to consider a new solution. Taking into account its extensive application support, high flexibility and script extensibility, we chose Deadline,” said Keiichi Kameda, R&D group, Polygon Pictures.

To harness the full potential of PPI’s internal resources, the studio uses Deadline to utilize around 400 artist workstations (3,000 cores) for rendering when idle, in addition to roughly 130 machines (1,500 cores) in a dedicated render farm. When a user logs out of a workstation, it is automatically connected to the render farm as a render node. Due to Deadline’s priority settings, PPI can also rank jobs by importance and distribute resources appropriately across multiple projects.

“At the beginning, we managed our jobs by priority only,” Kameda noted. “As multiple projects required more jobs to run simultaneously, priority assignment became complicated between projects, so we started to make project pools and changed the order of pools on each node. With Deadline, we can arrange the order of pools on each node by estimating the usage of resources for jobs on a weekly basis and have found managing pools under one repository to be a highly efficient way to handle jobs. With our current settings, if a higher priority job is sent to a render node, it must either wait until current jobs are completed or halt to begin jobs with the highest priority.” Working on Windows 7 64-bit, with some Apple OS X, PPI configures mounting drives and applications based on a project’s access security, and also customizes existing submissions and plug-in scripts. Since Deadline natively supports a wide range of applications, PPI was able to integrate it into their pipeline with ease.

“Along with rendering from 3D applications used by our artists such as Maya, NUKE, Houdini and 3ds Max, we also use Deadline for a wide range of batch processes like converting image sequences into QuickTime files,” explained Atsushi Tamori, lighting and compositing group leader at Polygon Pictures.

Leveraging Deadline’s open API, PPI has created an assortment of in-house scripts, tools and settings, and appreciates Deadline’s straightforward GUI. “The Deadline Monitor makes it easy to understand the rendering status of projects so we can adapt to the changing needs on the studio floor,” Tamori said.

Currently, PPI is working on Knights of Sidonia: Battle for Planet Nine directed by Hiroyuki Seshita and Ronia the Robber’s Daughter directed by Goro Miyazaki, and is pouring its efforts into creating a new "Japan-originated" visual style by fusing its unrivalled production know-how and technical development capacity with the internationally recognized quality of Japanese animation.