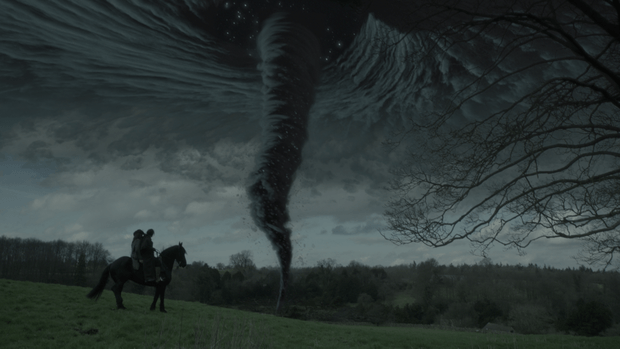 For BAFTA Award-winning boutique studio Milk Visual Effects, a regular day at the office can entail anything from blowing up buildings to giving life to the supernatural. Founded in 2013, the innovative London-based visual effects company recently added a second studio in Cardiff, Wales. Known for its work across feature films and television, Milk credits include Jonathan Strange & Mr. Norrell, Doctor Who, Thunderbirds Are Go, The Divergent Series: Insurgent and Poltergeist (2015). With a capacity of 120 artist seats and a nearly 200 node render farm between its two facilities, Milk relies on Thinkbox Software's Deadline for scalable high-volume compute management across projects and locations.

“Choosing the right tool to manage our render farm was a key decision in forming Milk, so we looked at all our options and ultimately found that Deadline best suited our needs,” explained Milk Head of Systems Dave Goodbourn. “We’d all used the software before and loved it; Thinkbox takes its development very seriously and they’ve created a really amazing product that you can trust. We essentially formed our studio pipeline around Deadline.”

Whether creating massive crowds or complex simulations, every Milk artist uses Deadline on a daily basis, even if they might not realize it. “We process a ton of data through Deadline across a lot of different applications like Nuke and Maya, and we’re always looking for more to add,” said shared Milk Head of Pipeline Benoit Leveau. “From caching animation to creating slap comps, converting frames and transcoding, we pass it all through Deadline so our artists don’t have to spend time waiting for commands to execute.” ‘Thunderbirds Are Go’ for ITV Studios.

Deadline also helps Milk bridge its two locations and be ready to spool up additional resources in the cloud at a moment’s notice. With machines in London and Cardiff, Deadline not only links the local farms to form a single, unified workflow but can also extend to cloud platforms for added processing power, with all components seamlessly integrated. This flexibility enables Milk to leverage any combination of physical resources, both on and off-site, and cloud resources as one cohesive farm that can easily grow to meet production demands.

“We’re continually evolving and taking on new jobs with specific needs, so it is important that we have a solution that scales,” Goodbourn said. “Deadline accommodates more than enough nodes; we never have to worry about overtaxing our pipeline.”

“Deadline allows our teams to work fast and efficiently across locations,” Leveau concluded. “And, if we run into any issues, Thinkbox’s support is awesome. They’re available when you need them and go to great lengths to take care of their customers.” ‘Doctor Who’ series 8, ‘Deep Breath,’ for which Milk won a BAFTA Craft Award this year.

Image from Milk’s work on Brett Ratner’s feature film ‘Hercules.’ Milk created the aerial view of the amphitheater including use of Golaem Crowd for the crowd inside.