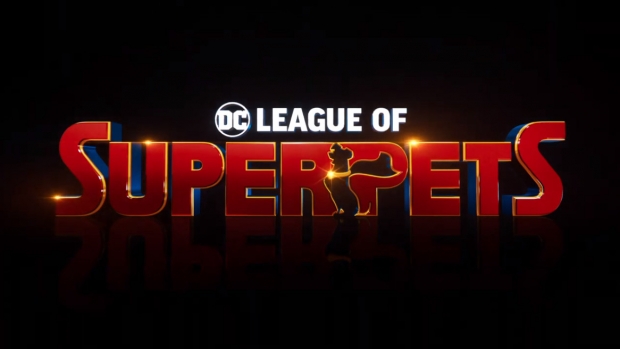 Up, Pup, and Away! Yes, we are slaves to the PR grind! Dwayne Johnson (as Krypto) and Kevin Hart (as Ace) lead an all-star cast in Warner Bros. Pictures' upcoming 3DCG animated comedy, DC League of Super-Pets, hitting theaters May 20, 2022.

The film is written and directed by Jared Stern and co-directed by Sam Levine, with animation produced by Animal Logic. Joining Johnson and Hart are Kate McKinnon, John Krasinski, Vanessa Bayer, Natasha Lyonne, Diego Luna, and… Keanu! The film is based on the “Legion of Super-Pets” comics by Jerry Siegel and Curt Swan, where the pets of DC Superheroes, such as Superman’s dog, Krypto, Batman’s dog, Ace the Bat-Hound, and Wonder Woman’s kangaroo, Jumpa, form a crime-fighting team of their own.

And did we mention, Johnson’s Krypto can fly? But of course, you knew that!