Procedural, AI-driven simulation of reality allowing players to travel between outer and inner space and explore a vast, interconnected universe of things marks to first game to qualify for submission for an Academy Award for Best Animated Short Film. 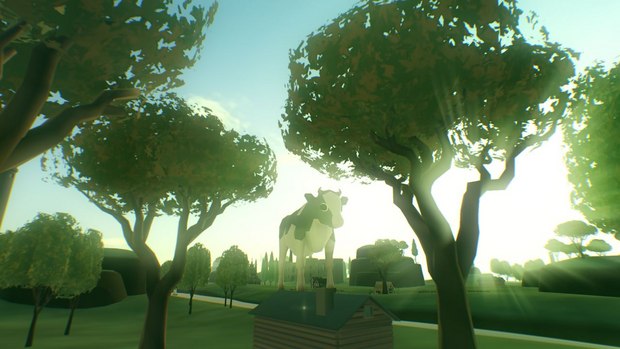 David OReilly’s Everything, a philosophical, playful exercise in existential thinking, is now eligible for submission for an Academy Award. The interactive experience from San Francisco-based game developer Double Fine Presents won the Jury Prize for Animation at last week’s Oscar-qualifying Vienna Shorts Festival, which is sponsored in part by ASIFA-Austria.

“The Jury Prize in Animation goes to a film, which, beyond being entertaining, has a strong poetic and philosophical theme,” the jury wrote in a statement. “It serves a highly educational purpose, including an important political statement, that encourages to let our egos dissolve and gain a new perspective on the world.”

Winner of the Most Fantastic award at Fantastic Arcade, and nominated for two Independent Games Festival (IGF) awards, Everything is a procedural, AI-driven simulation of the systems of nature, seen from the points of view of everything in the universe. A simulation of reality, Everything allows players to travel between outer and inner space, and explore a vast, interconnected universe of things without enforced goals, scores or tasks to complete.

Everything is the second experience by David OReilly following Mountain, the ambient procedural mountain game released in 2014. Taking three years to develop, Everything was created by OReilly in partnership with programmer Damien Di Fede and sound designer Eduardo Ortiz Frau. The game features more than one million years of gameplay, a rich musical score from composer Ben Lukas Boysen and thousands of playable characters, and is narrated by the late British philosopher Alan Watts.

The Irish animator celebrated the win in a post on Twitter, noting that the award marks a first for a game or interactive project:

Cool: Everything just qualified for an Academy Award, making it the first time this has happened to a game/interactive project pic.twitter.com/5SQVD9s960

“The film’s vital energy, its shape shifting qualities and synesthetic power left the jury in a state of pure joy,” the jury wrote about the award for Casino. “It was hard to escape the film’s rhythm and striking colors, as well as the many details portrayed in its way-too-short four minutes! All that, despite its minimalistic techniques, as it was all done with only a pen.”

The full list of awards for animation projects at the 2017 Vienna Shorts Festival is shown below: