David Benioff and D.B. Weiss to Develop ‘The Three-Body Problem’ at Netflix 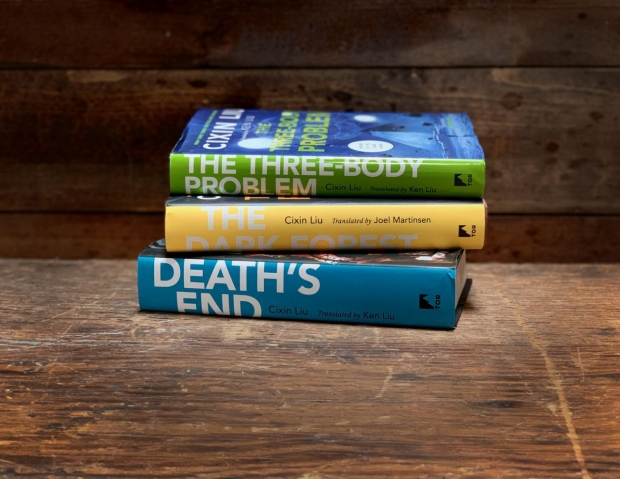 Netflix has just announced they’ve greenlit a new dramatic series adaptation of Chinse author Liu Cixin’s best-selling trilogy, “The Three-Body Problem.” In a deal struck with The Three-Body Universe and Yoozoo Group, Netflix secured the rights to produce the English-language adaptation of the Hugo Award-winning sci-fi saga about humanity’s first contact with an alien civilization.

According to Cixin, "I have the greatest respect for and faith in the creative team adapting “The Three-Body Problem” for television audiences. I set out to tell a story that transcends time and the confines of nations, cultures, and races; one that compels us to consider the fate of humankind as a whole. It is a great honor as an author to see this unique sci-fi concept travel and gain fandom across the globe and I am excited for new and existing fans all over the world to discover the story on Netflix.”

David Benioff and D.B. Weiss added, "Liu Cixin’s trilogy is the most ambitious science-fiction series we’ve read, taking readers on a journey from the 1960s until the end of time, from life on our pale blue dot to the distant fringes of the universe. We look forward to spending the next years of our lives bringing this to life for audiences around the world.”

“David Benioff, D.B. Weiss and Alexander Woo have experience tackling ambitious sagas over time and space,” noted VP Original Series, Netflix, Peter Friedlander. “Rian Johnson and Ram Bergman have long dazzled fans with thrilling and mind-bending epics. They are all fierce advocates of “The Three-Body Problem.” As ardent fans, it was especially meaningful to us to get the support of Liu Cixin who created this expansive universe. We all share the same goal: to pay homage to this incredible story and take members on the adventure of a lifetime.”