New reports suggest that the iconic antagonist, originally set to appear in Disney+’s upcoming ‘Star Wars’ series, was axed due to creative conflicts on the production. 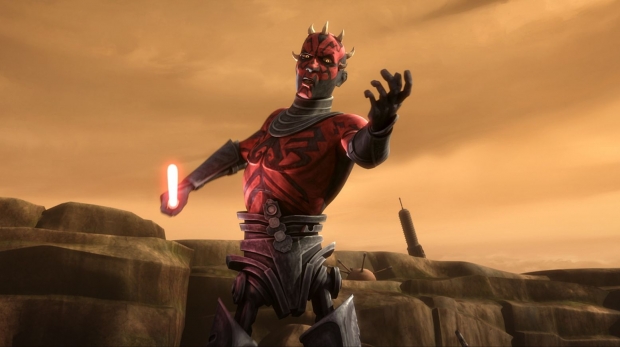 Despite initially expected to reprise his role as Darth Maul in Obi-Wan Kenobi, new reports indicate that actor Ray Park and his scenes as the red-eyed menace were cut from the series, which premieres on Disney+ May 25.

According to The Hollywood Reporter, Park prepared to film new scenes as Darth Maul - the villainous Sith Lord who first faced off against Obi-Wan (Ewan McGregor) and Qui-Gon Jinn (Liam Neeson) in Star Wars: Episode I — The Phantom Menace - that were planned as part of the upcoming live-action episodic. “That, however, was before those scenes were scrapped amid a creative overhaul that ultimately saw other antagonists, including Darth Vader, added to the show,” writes THR.

Obi-Wan Kenobi was first written by Hossein Amini, who worked alongside director Deborah Chow to script the show’s six episodes. But in early 2020, pre-production came to a halt when, according to THR’s sources, Chow showed scripts to The Mandalorian’s Dave Filoni and Jon Favreau, who expressed concern that the show’s story might be too similar to that of The Mandalorian.

In Chow’s earlier scripts, Maul was an active member of a group of baddies’ hunting for Obi-Wan and a young Luke Skywalker, and Vader was not incorporated into this story at all. But Filoni and Favreau reportedly pushed Chow to expand the scope of the show, and eventually Lucasfilm head Kathleen Kennedy put the production on pause.

It’s important to note, however, that the report’s sources appear to be at odds with one another.

According to one unnamed source, Park was on set for pre-production and participated in stunt training. Footage of Park may also have been shot -- though it’s not confirmed if that footage consisted of fully fledged scenes during production, or if it was early test footage. Regardless, Park clearly anticipated a return to the Star Wars saga.

But another source close to Lucasfilm contradicts this, and told THR that the studio never planned at any time for Maul to appear in Obi-Wan Kenobi.